It Occurs to Me - with Frank Galligan 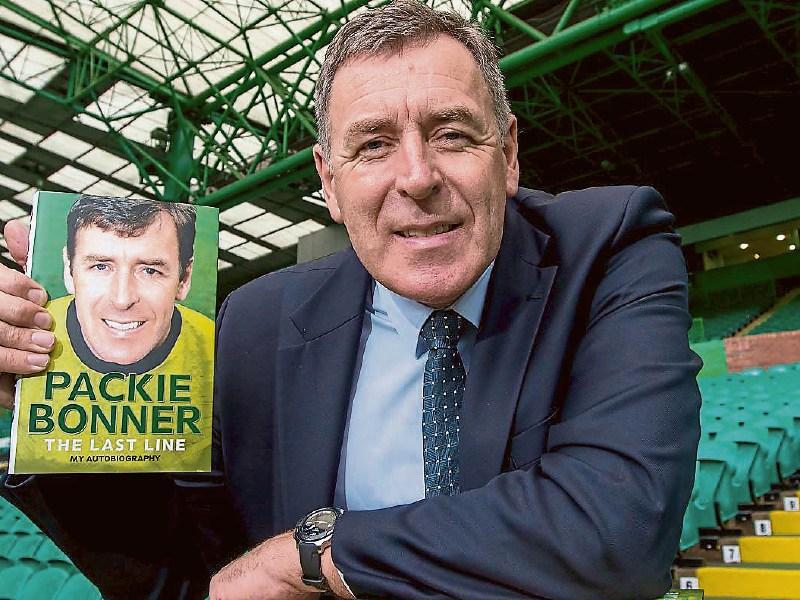 In 1992, the then Derry Journal editor, Pat McArt, asked me to do a few colour pieces ahead of the All-Ireland Final.

I watched the semi-final in Blake’s Bar in Letterkenny and although the match against Mayo was a poor one, you wouldn’t have guessed it by the raw emotion and tears when we realised that our beloved Donegal were through to their first ever All-Ireland Final. I was in the Cusack Stand for the final, and because my ticket had been sourced from Offaly, courtesy of Paddy Bradley from Downings (God bless him!), I was surrounded by neutrals, who - although gunning for the underdog - were not hysterical enough for me to join in a collective madness. Thank God, when I turned around, I spotted Sean Boyle from the St Eunan’s club, and I clambered over a few seats, we embraced and both cried like big wanes.

Before the final, one Dublin pundit had written off our chances by writing: “Nice guys don’t win”, so imagine my satisfaction being able to entitle my subsequent Journal piece: “Nice guys can win!”.

I was reminded of this when I recently finished reading Packie Bonner’s marvellous autobiography, ‘The Last Line’, co-written with Gerry McDade. In the famous penalty shootout in Genoa in 1990, just after Andy Townsend has scored, Packie looks into the crowd.

He recalls: “From out of nowhere, I suddenly recognise Jim Boyle. Jim Boyle of Dungloe! I’d been to school with his brother, Frank. I knew his mother, ‘Aggie’, who worked for years in Sweeney’s Hotel in the centre of town! Jim is here, in Genoa, and out of a million faces I can pick him out – a friend from back home in Donegal.

It has never happened in my career before, it never will again. Big Jim is here, willing us on to the quarter-final, hugging strangers when we score and no doubt clenching his hands as each successive Romanian steps up to the spot, praying for a save, a slip, a miss – anything to create history for Ireland. I can feel the passion and it boosts my adrenalin.”

The first thing you notice on first meeting Packie Bonner is that he’s a big man...a seriously big man...with hands like his hero, Pat Jennings. Big Manus Heraghty, who coached the Downings team my late father played for, once described an opposing midfielder from Dungloe as having a ‘pair of hands you could wrestle a seal with’. Maybe the midfielder he was referring to was related to Packie!

Downings won the County Junior championship in 1957...Dungloe the Senior in 1958, when another legendary goalkeeper, Charlie Campbell was manager. Charlie was the Donegal keeper from 1944 - 1954, and was predeceased by his wife Eileen on September 20th, 1992 - the day Donegal won the aforementioned All-Ireland.

He was also a passionate Celtic supporter and often shared a room with Enda Bonner, Paddy Sweeney and his son, Jamie, when they travelled to Glasgow to cheer on their local hero.

Whatever about his height and hands, it’s Packie’s big heart which has endeared him to generations of football and non-football fans alike.

Last year, on the 25th anniversary of the 1990 Italia heroics, was a case in point. Packie spoke on the phone to Daniel Timofte, the Romanian footballer whose penalty he saved.

Timofte told Packie that he now owned a bar in his home town of Petrosani that he called 'Penalty' and Packie responded by saying that a friend of his in Donegal has a boat called 'Timofte'!

Significantly, he said to Timofte: “I'm sorry I saved the penalty, Daniel. It changed my life (for the better) but I hope it didn't change your life for the worse. I wish you well and hope life is good for you, it was great to speak to you at last.”

Timofte has had a hard time, and Packie’s remorse is genuine.

In his book, he remembers the 25th June 1990 all too vividly: “It’s now the final kick of the opening five for both teams and from a distance I can see Daniel Timofte of Steaua Bucharest making his way down from the centre circle.

The game had kicked off two hours and forty-two minutes ago and we’re still all out on the pitch waiting for the outcome He looks so ill at ease placing the ball down on the spot and when he steps back with every stride betraying his tension and moves to an acute angle to the right of me, I know where he’s going with the kick …

… but I have another trick up my sleeve. I can move slightly in one direction, hopefully to fool

Timofte, before I shift my feet quickly then spring in the opposite direction. There’s an art to this.

Don’t go too early and, at all times, keep your eye on the ball. So, here now, I have a plan – I have a technique – my confidence is high from getting so close to the other kicks and I sincerely feel it – this is the moment! I look into Timofte’s eyes – bless myself – look down at the placed ball – rebless myself! Daniel Timofte of Romania addresses the ball and begins his run-up. Here it comes. Here it comes. As soon as he hits it, I just know I am going to get to it. Certainly, it’s true that, in these decisive moments in life, everything appears to be in slow motion. In truth, it isn’t the greatest penalty, close to the post but only a metre off the ground and, crucially, without much pace to it. I spring to my right, feeling this huge gulp in my throat and then the immense satisfaction of the ball thudding off my gloves and away to safety. What follows is a moment of pure, unadulterated, raw emotion. A physical rush of blood to the head and the heart thumping within my chest so hard that I can feel it in my larynx. I’ve done it. Daniel Timofte has his hands on his head, pulling away at his hair in despair. I feel the vibrations of the entire country back in Ireland as they jump for joy!”

Yes, we were all there and it will always be indelibly printed on our minds, but what has ensured that a great sportsman who could have basked and revelled in such glory is still the epitome of the ‘nice guy’ who can win? In a book full of colour and spectacle - Parkhead to Italy and beyond - chock-a-block with anecdote and humour, there is one passage which sums up the man who could wrestle seals off Dooey. It is 1978: “I made my way down the road and around the corner. Down below the house and yet, in close proximity, was the garage, door open, despite the cold, lights on, and within was my father – the ol’ fella – working with his hands, as usual. There was no manual task that was beyond Andrew Bonner and his devotion to a job well done was absolute but now he was peering out into the gloom at the tall figure ambling around the hill. Against the backdrop of the evening, it could only be a silhouette to him and yet, quietly, he laid down his tools and started out towards me. I hadn’t told my parents that I would be coming home that Christmas but, at eighteen, I was third-choice goalkeeper and I had been allowed back home to Ireland for the festive period. The ol’ fella reached me and we embraced warmly before he led me back up to the house. It was a moment, a very special moment, and I will assuredly take it with me to the grave. I was Packie Bonner of the Celtic and I had come home, home to Donegal, in December 1978 for Christmas. Memories like that are important. Important in the sense that they remind you of your roots. There is nowhere you can travel in this world without knowing that you can return home and the crystal-clear memory of that Christmas always takes me home. Back to where I was reared. And back to where I was hewn into the man that I could and would become. It’s not the Donegal way to bask in glory. That can be a self aggrandising act and I sometimes found it difficult to deal with the number of people who, in the oddest of situations and the most inappropriate times, would come up to me just to relive an occasion that meant a very great deal to them. I had been brought up with four pillars of support from my parents that have guided me throughout my life: