50 musicians from around Donegal to make the journey 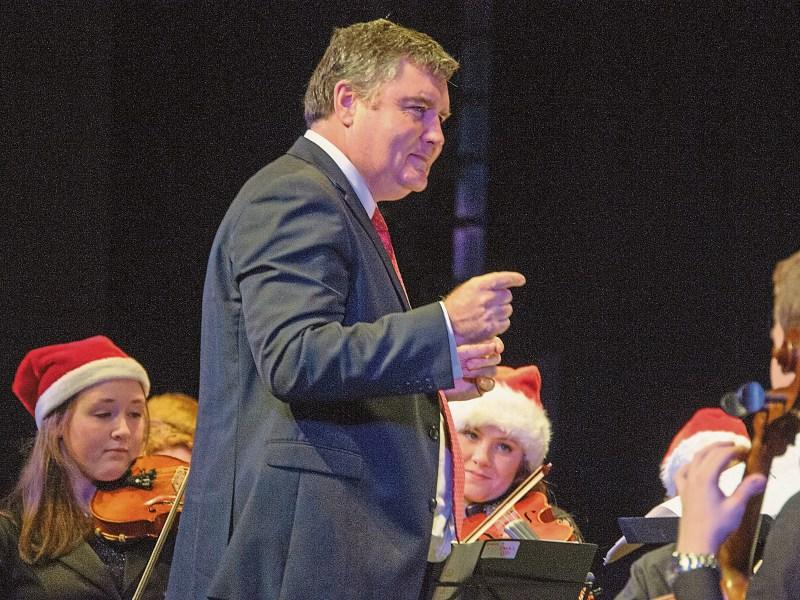 The Donegal Youth Orchestra are making their first trip of the year with a visit to Dublin this Sunday to play a concert in Rathfarnham.

Up to fifty musicians from around Donegal will make the journey to renew musical friendships with young players from the Rathfarnham Jazz Band and the Intermediate Rathfarnham Concert Band.

Martin McGinley of the Donegal Music Education Partnership, which organises the orchestra, said it’s a valuable performance opportunity for the young musicians.

“Our orchestra members are busy rehearsing away right through the winter every second Friday night and it’s important that they get opportunities to show what they can do,” he said. “This is the first in a series of concerts for the orchestra during the summer, including a performance during the Earagail Arts Festival.”

The link-up with Rathfarnham is through the orchestra’s conductor Vincent Kennedy, who lives in Dublin and is also music and artistic director of the Rathfarnham Concert Band Society.

Vincent said: “We’ve been developing the relationship between Donegal and Rathfarnham for several years and it’s great to have concerts in both places. The young musicians really enjoy meeting up and playing together.”

The concert at St Mary’s Boys School in Rathfarnham starts at 2.45pm.

Concentration - members of the Donegal Youth Orchestra pictured during the DMEP (Donegal Music Education Partnership) concert at Christmas in An Grianan. The orchestra are in concert in Dublin on Sunday.

Conductor Vincent Kennedy in action at a recent rehearsal of the Donegal Youth Orchestra at the Regional Cultural Centre in Letterkenny. The orchestra play a concert in Dublin on Sunday.