Fianna Fáil really is back 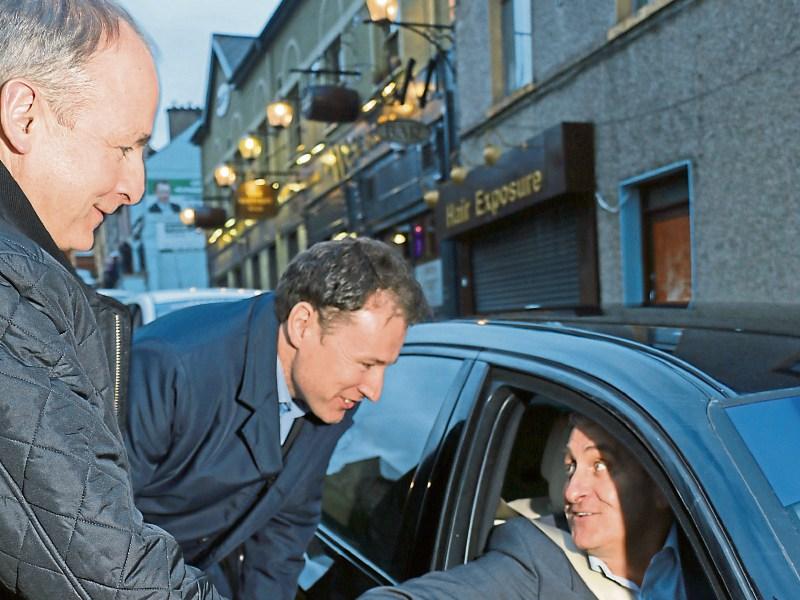 The hypocrisy is enough to make you boke. Day in day our there are sound bites of our so called leaders talking of how they are working in the 'national interest' to form the next government when it's obvious it's their personal interests that really concerns them.

Micheal Martin will support a Fine Gael led minority government because from the opposition benches he can simultaneously not only control the government but also the opposition. It's very cynical, and very clever.

I would actually contend that the real objective of the strategy is they want to keep control of the opposition more than they actually want to be in government. The prospect of Sinn Fein, as the main opposition, getting a free run into the 2021 General Election is the one thing that scares the bejaysus out Fianna Fail as SF would definitely be capable of stealing their electoral clothes.

Like myself too I'm sure you are well aware there are some pundits out there spouting rubbish about how the Independents and the left wing parties - which have a combined numbers of about 40 seats - have run away from power. This is demonstrably crap. Fine Gael has 50 seats, Fianna Fail 44 so they have the numbers and, what's more, the same right wing ideology in that both backed the austerity measures demanded by the IMF and the ECB. What impact would a leftist party, totally opposed to austerity, have against this stacked deck? So it's either the above or another election.

The roads we take

Shane Paul O'Doherty was the IRA man who sent letter bombs to senior British politicians way back in the 1970's.

He spent a long time in jail for that. He even spent an afternoon in my house in Derry in the early 1990's shortly after his release, but that’s a different story for a different day.

This week he was on the Ray D'Arcy radio show and Ray seemed to want something from him that he couldn't give. The conversation went something along the lines that Ray suggested many people grew up in Derry at a bad time but they didn't join the IRA. Why did he?

Shane Paul tried to explain that he lived through a time when the unionist government had ruled in a totally sectarian, discriminatory manner; that their police force, the RUC, was 93 per cent Protestant/Unionist; that Catholics were discriminated in jobs and housing and that a lot of young, idealistic Catholics didn't want to live like that any more. They rebelled.

He now is anti violence, has apologised to his victims but felt in the context of the time and place and the injustices all around him back then that circumstances led him down that particular path. That others took a different road was a matter for them.

It was clear from the reaction there are some people who totally understand why Shane Paul did what he did, and that others, the majority I would think, who did not.

It's been alleged over the weekend that an Irish developer hid €50m. in assets from NAMA before they took over his business interests. Is this possible?

Do they not have forensic accountants who can follow complex money trails? And, surely, hiding €50m. can't be that easily done.

The reason I mention this I would think if you or I got a €100,000 in the morning the Revenue would be all over it before it even got resting in your account.

Gold in them thar hills!

When I first started going out with the missus she used to tell me in the 1800's there was a gold mine not far from her home in Glentogher, outside Carndonagh. It was sort of hard to believe. Now this week it's been confirmed that a mining company has made a number of potentially interesting discoveries of gold seams in a number of locations in Inishowen.

That's the good news. The bad news is that it's not on her family's land.

Only the little people

The proverbial you know what hit the fan in Britain in the wake of the broadcasting of a Panorama programme on the Panama Papers. It would seem the trail goes right up to the Prime Minister, David Cameron, who benefited from a little scheme his millionaire dad hid from the tax man.

I keep saying I find it amazing why working people in Britain vote Tory. Chancellor George Osborne, according to Iain Duncan Smith, who resigned from government last month, deliberately targeted the poor for tax cuts in the recent budget on the basis 'they don't vote for us'. The Tories also blatantly introduced a Mansion Tax break for the millionaire class while at the same time introducing a bedroom tax for those living in Council houses. It would seem morals or principles have no longer have any role in British politics.