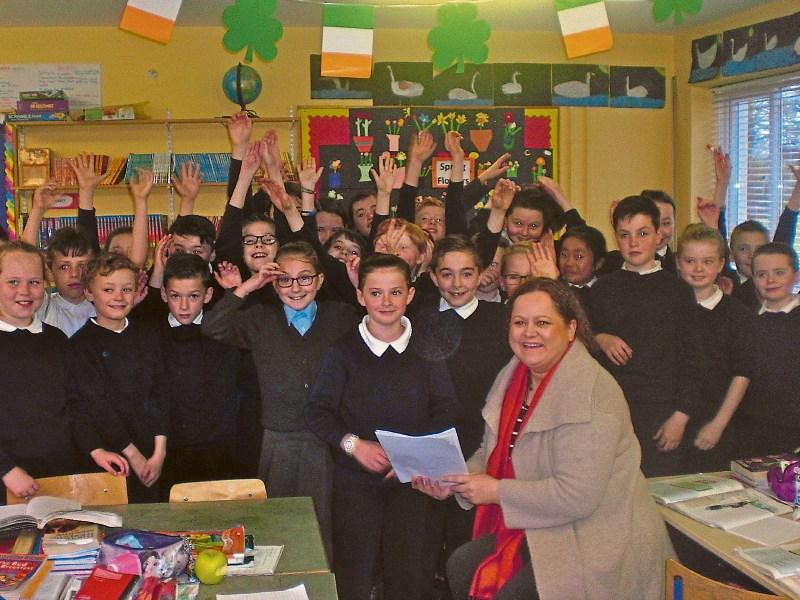 The overall winner was Rioghnach McFadden of Scoil Colmcille, Newtowncunningham.

year celebration, when they invited primary school classes of 4th,5th and 6th years towrite an original short story based on a character from one of their favourite books.

Along with the story, the children were asked to draw an adventure playground of their own, inspired by their story, which they would have liked to have in their own school playground. Whoever’s story was chosen as the overall winner, then the learners at Letterkenny Youthreach would collaborate with the primary school to help design, build and install their adventure playground for them.

Acting Co-Ordinator of Letterkenny Youthreach, Gillian Kennedy, stated that the response was ‘enormous’.

“As part of our on-going 25year celebrations we have been doing a variety of events and projects engaging with the wider community in a way to help raise awareness of all the wonderful things our Youthreach programme has to offer. This competition came about because we decided to reach out to the multiple primary schools in our catchment area. We were surprised by the sheer volume of entries and even more taken aback by the standard of the writing and the imagination in the art work for some of the drawings,” she said.

“Our learners are very much looking forward to working on producing the winning playset and it's a bonus that all this hard work can be recorded as part of our learners' assessment."