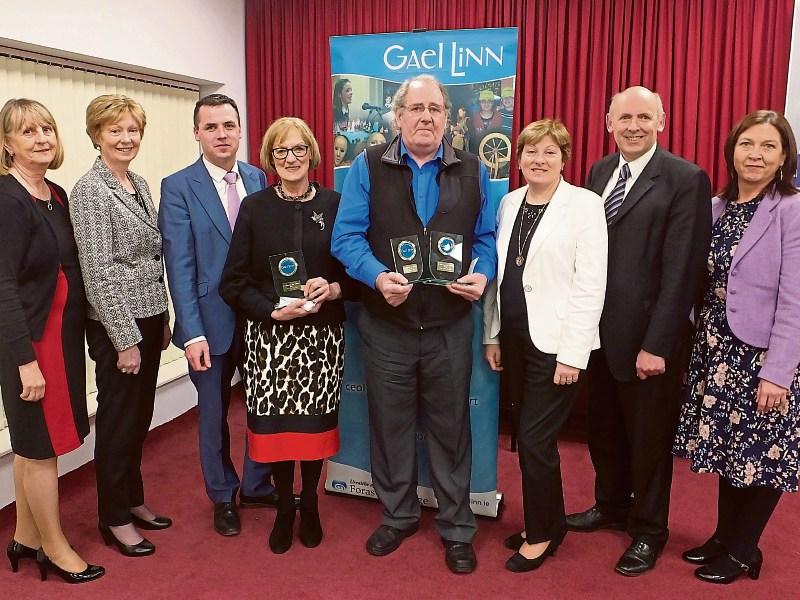 An Coimisinéir Teanga, Rónán Ó Domhnaill was the special guest, and the evening included film, music and speakers.

The Gaoth Dobhair evening featured a screening of the classic film, “Mise Éire”. Produced by Gael Linn in 1960, “Mise Éire” was the first ever full-length feature film in Irish and the first feature film based on actual newsreel footage.  The film covers the struggle for Irish independence from the early 1890s to 1918.

The first public showing of “Mise Éire” in Ireland was held in the former Astor Cinema, Derrybeg in January, 1960.

The film, which won an award at the Cork International Film Festival at the time, was screened at the Astor Cinema on the 27th and 28th January, 1960, with two houses each night and a matinee at 3pm on the first day.

This was indeed a big scoop for the Gaoth Dobhair cinema, which was run by the late Tom Ned McBride and his wife, Mary of Derrybeg.

It is interesting to note that the admission back then were balcony, 2 shillings; back stalls, 1/6d; and front stalls, 1 shilling; with children half-price admission to the Sunday matinee.  Other films at the Astor that month in 1960 were  “The Gun Runners” with Audie Murphy and “The Battle of the River Plate”,  the story of the sinking of Germany’s battleship, Graf Spee.

The winners of creative writing competitions  “Ó Pheann na nGael” organised by Gael Linn, were also announced at the recent 1916 commemoration vent.  There were two categories: short stories up to 1,500 words and poetry.

First in the creative writing competition was Pádraig Ó Gallchóir, An Cormhín, Derrybeg, who was presented a cheque of €500 and a plaque; and runner-up was Ray Mac Giolla Mheara.

First in the poetry category was Máire Dinny Wren, Coshclady, Bunbeg, who was presented €500 and a plaque; and runner-up was Pádraig Ó Gallchóir, Cormhín, Derrybeg.

The guest speakers were,  Antoin Delap, Áine Henesey and an Coimisinéir Teanga, Rónán Ó Domhnaill. The master of ceremonies was Síle Uí Ghallchóir.

Speaking at the event, Rónán Ó Domhnaill said he paid frequent trips to Gaoth Dobhair when he worked as a journalist with TG4. He thanked Dinny McGinley, the former TD, who put forward his name to take over the role as an Coimisinéir Teanga, after Seán Ó Cuireáin stepped down from the post.

A night of entertainment followed.

First on stage were Danny Ó Duibhir and Cathal Mac Iomháir, pupils of Scoil Chnoc na Naomh, Doire Chonaire, Gortahork. They staged a dialogue, “Chun Bás ná Saol”, written by the Gortahork-based teacher, Manus Ó Duibhir and based on a conversation between Patrick and William Pearse the night before the Easter Rising. This dialogue is through to the All Ireland Schools Drama Festival, which take places on the 22nd April.

Next on stage was the talented local trad group, An Crann Óg, who played a few tunes. They also performed while refreshments were served.  It was thoroughly an enjoyable night and a very big crowd was in attendance.