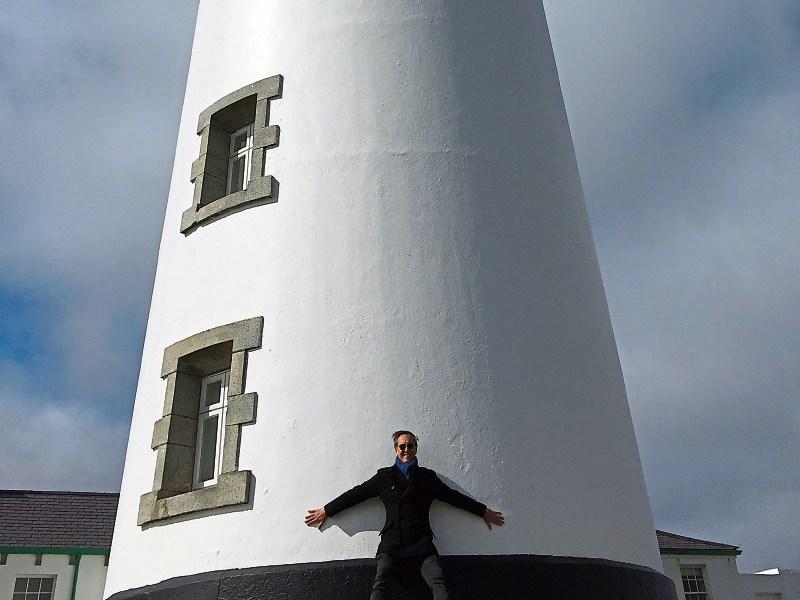 One of the best known stars of British stage and screen, Richard E. Grant, has been filming in Donegal.

The star of such films as Withnail and I, Gosford Park, Bram Stoker’s Dracula and The Iron Lady was filming at several locations in the county last Thursday.

He’s here at the behest of Tourism Ireland making a series of short online films in which he’s meeting locals, immersing himself in our culture and showcasing some of the many wonderful experiences on offer in Donegal.

Among the locations he visited are Fanad Lighthouse and the cliffs at Slieve League.

The tourism promotional campaign, which will be rolled out in two phases, will reach about 5.5 million people across Britain. The films will be promoted on the Smooth Radio website and through on-air mentions. They will also be shared via social media – targeting Tourism Ireland’s audience on Facebook (430,000 fans in Britain alone) and Twitter (67,000+ followers).

The campaign is targeted at the “culturally curious” sector of holiday makers and a spokesperson for Tourism Ireland said they believe Richard E. Grant is a great fit for this audience.

Julie Wakley, Tourism Ireland’s Deputy Head of Great Britain, explained.”Our newest promotion has been specifically designed to highlight holidays and short breaks in Donegal and Ireland to our ‘culturally curious’ audience in Great Britain. These are independent, active sightseers, who are typically looking to visit new places and expand their experience by exploring landscapes, history and culture.

“We are really excited to be working with Richard E Grant and Smooth Radio, as they are a great fit with this important demographic. This is just one element of our extensive promotional programme that we are rolling out this year, aimed at boosting travel to Ireland from Great Britain.”