A passion that's set in stone

A passion for working with stones 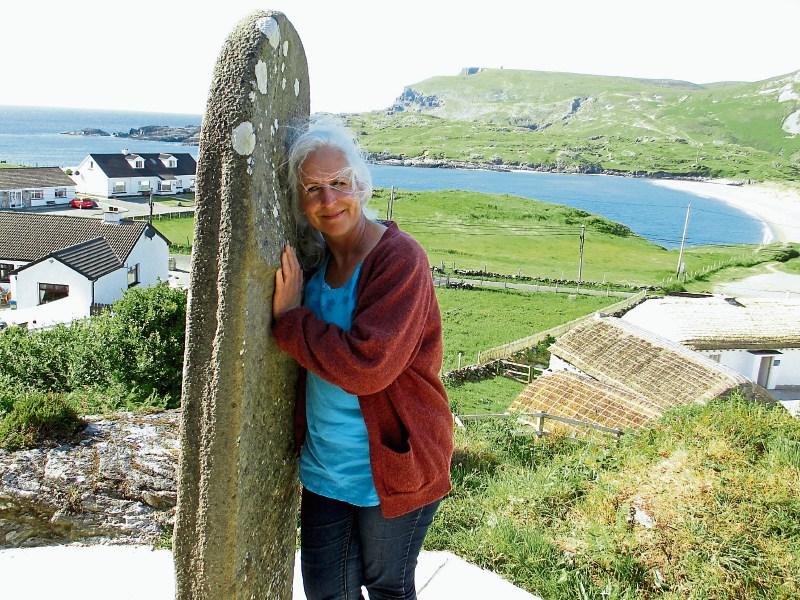 Louise Price was busy at her kitchen table drafting publicity for the June 2016 Tir Connell Stone Festival, when I called to ask what sparked her interest in building and restoring dry-stone walls.

Like many others, I wondered how she had got into this traditional male world and how she became involved in organising stone festivals in Donegal.

“I started going to Inis Oirr in the Aran Islands,” she told me, “because I love drawing and painting the stone walls there, then I went to their annual Stone Festival and learned how to build them as well. The walls on the islands are crucial for preserving soil, sheltering animals and creating micro-climates for plants, but there is a crisis now because the walls are falling into disrepair.”

Louise explained her passion for working with stone as “feeling a strange transformation, because you develop a personal relationship with the stones - when choosing a stone - you pick up one piece and you just know it won’t fit there but you’ll set it aside and then you remember it for somewhere else - it’s like doing a big puzzle.”

It is also a very social activity and it requires teamwork to construct a wall. She explained that the walls are built from both sides, the stones are chosen to fit together, both outside and inside, interlocking so that the height and breadth are kept aligned. The wall has to ’bind’ to be strong. The distinguishing feature of the dry-stone wall is that it is built without mortar - its stability comes from placing the stones in direct contact like a ‘3D jigsaw’ - and that allows wind and rain to go through the spaces in between.

Louise got to know stone masons on Inis Oirr and worked with them to restore an old house, where she developed a big interest in natural building using traditional materials and methods. During journeys to and from Galway, they often talked about having a Stone Festival in Donegal.

The first restoration task they undertook in Donegal was repairing a stretch of dry-stone wall alongside Mountcharles pier. The existing wall had belonged to the Cunningham Estate for over 300 years, but it had fallen into disrepair because of neglect, and the ravages of the sea.

Stone for the restoration came from a local demolished stone house - beautiful ochre, grey and white cut sandstone which would have been used for landfill or broken up for road foundations.

When local people saw how this newly restored stretch of wall enhanced the area - and I recommend a visit - the Mountcharles Heritage group continued restoration work on the wall.

This is Louise’s vision for the future - to inspire people and communities, to raise awareness, and to encourage young people to develop the skills needed to conserve this important heritage. She is passionate in her belief that the dry-stone walls of Donegal should be documented and protected, and that we underestimate how special and desirable this living-heritage is to visitors.

She has proof of this in the range of people from all over the world - she lists Australia, Nepal, France, Austria - who attend the Tir Connell Stone Festival in Glencolmcille. They have stone-carving workshops and learn the history of the area while restoring the walls alongside Irish people.

Louise’s enthusiasm for this ancient part of our landscape heritage is inspiring, as is her practical, ’can-do’ attitude. This is not her job but her passion, which she fits into her everyday life of homemaking and other artistic projects.

This centenary year, 2016, there will be a special, iconic, collaborative sculpture to be unveiled during the festival. A large-scale map of Ireland made up of 32 counties each carved out of its own local stone - Antrim black polished basalt; Cavan green granite; Kerry red marble etc. As Louise says, “Ireland has an astounding variety of geology and stone masons with astonishing skills.”