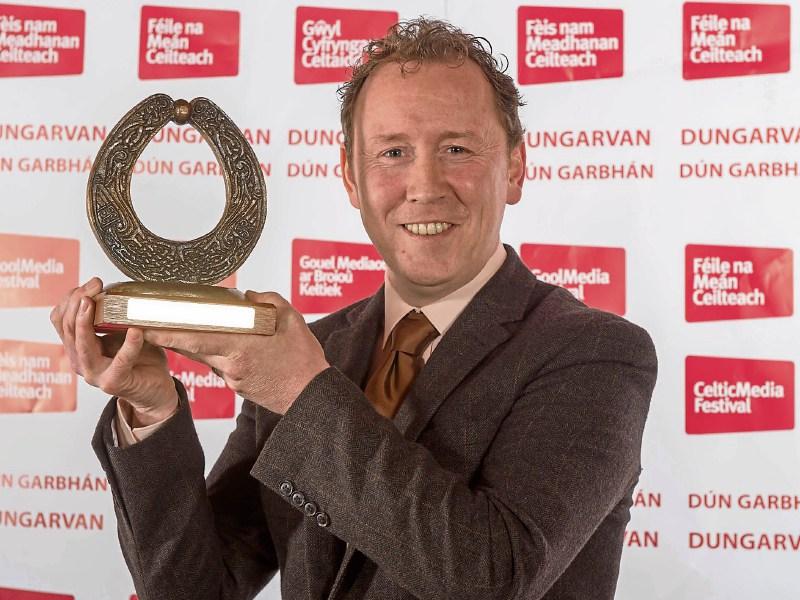 Rann na Feirste broadcaster and musician Dónall Mac Ruairí has been named Radio Presenter/Personality of the Year at the Celtic Media Festival in Dungarvan over the weekend.

The music mix on the programme features a variety of trad, folk, roots and world music, from the likes of Fidil, Eve Belle, Emma Ní Fhíoruisce, Flook, Caladh Nua, Baile an Salsa, Cúig, Kathleen MacInnes and Danú, to name but a few.

The judges praised his broadcasting skills, and in particular how his personality shines through in his work.

This summer, Dónall will be presenting a documentary-style series, Sin an Saol, featuring interviews with people who have enough years under their belts to be able to impart some wisdom on the lessons they have learned in life to the rest of us. He will also be one of the presenters on the afternoon music show Binneas Béil.

As well as his broadcasting work, Dónall is well-known as a musician, and a member of the group Clann Mhic Ruairí, with his brother Tony, Seán and Aodh and his niece Megan. He is also a member of groups Blunderbrau and Innisfáil.

He lives in Mullach Dubh with his wife Mary, and their two daughters Anu and Róise.

Our photograph shows Radio Presenter of the Year for Donegal broadcaster Dónall Mac Ruairí with the trophy he was presented with at the Celtic Media Festival in Dungarvan last weekend.