This year's theme is: "Refugees and Strangers: Being Irish in Europe". 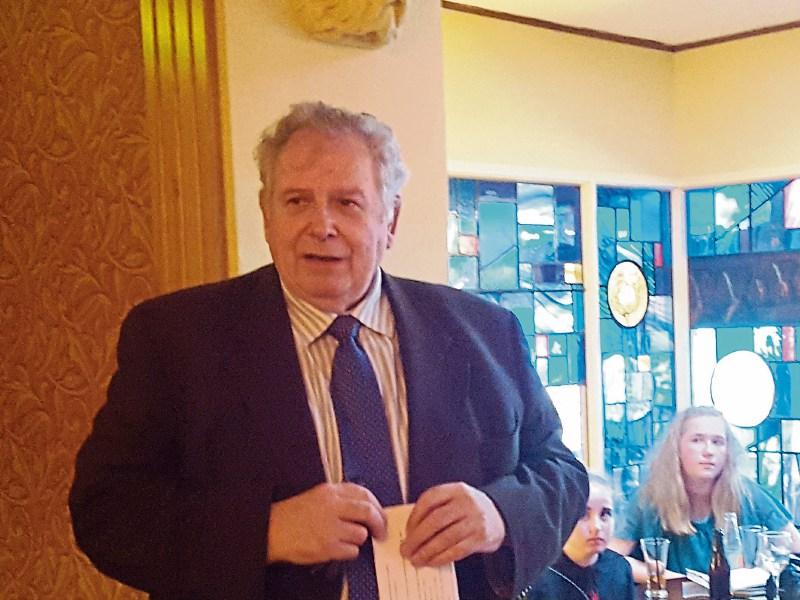 This year’s Mícheál Ó’Cléirigh Summer School will be challenging as well as informative, the organisers say.

The celebrates the rich local heritage associated with the Creevy-born Franciscan friar and scribe who was the driving force behind the Annals of the Four Masters.

This year’s event, which takes place May 27-29 in Rossnowlagh, was launched at the Sandhouse Hotel on Friday night.

School cathaoirleach Brian McAuley revealed that this year’s theme is “Refugees and Strangers: Being Irish in Europe”. He said, “This is not just an information summer school, it is a challenging summer school. The Irish were treated in a certain way in Europe throughout its history. We’ll be asking: how are we treating immigrants; are we treating them as well as the Irish were treated; what has been the response of the European Union over the last few years; and, should we be proud of it?”

Michael McLoone, who is also involved with the school, told the DD/DPP, “Back 3-400 years ago, we had refugees leaving here, the O’Neill’s and the O’Donnell’s seeking refuge in Rome and so forth. Now, we are dealing with a migration crisis and it’s a major political issue. “Tommie Gorman will draw out these issues on Saturday afternoon, with a panel of speakers and then open it up to the audience. We hope there will be people who either have experience of, or who are involved with, dealing with the whole issue of emigration and immigration.”