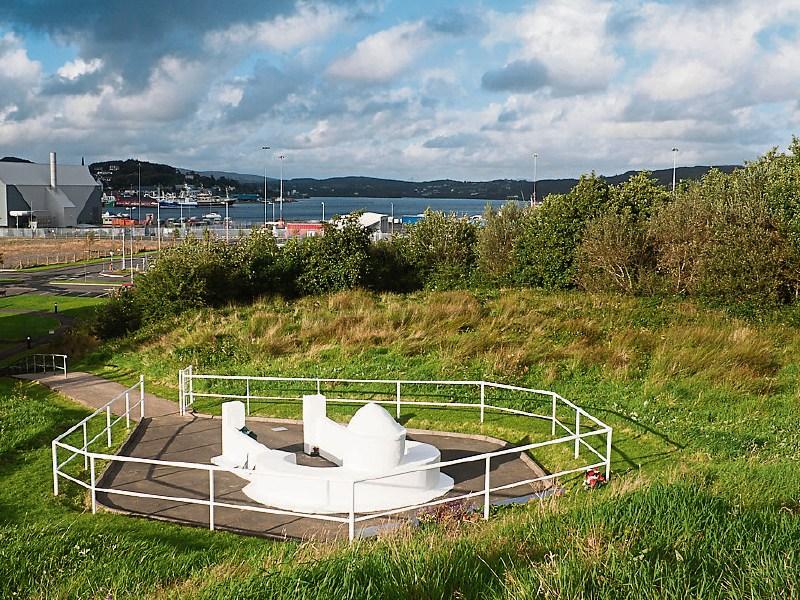 A local group has expressed concerns over the granting of planning permission for a new development at a site between St Catherine's well and the pier in Killybegs.

Killybegs History and Heritage Committee issued a statement this week highlighting their continued opposition to any development in the area, where the ruins of 'Cat's Castle' is located, as well as the 14th Century St Catherine's Church and graveyard.

"Volunteers raised hundreds of signatures objecting to the development," the statement reads.

"The site is a designated national monument and Donegal County Council states in its Local Area Plan that any development in such an area must 'not be detrimental to the character of the structure, its setting or curtilage,'" the statement continues.

The group is worried that any development could "endanger the flow of water to the spring", and that 24-hour access to the new facilities would disturb "The serenity and prayerful atmosphere" for pilgrims.

Derek Vial, chairman of Killybegs History and Heritage Committee, said they are considering appealing the planning decision, as they believe that a condition of archaeological mitigation should have been attached to the permission.

The developers told the Democrat that they would not comment on the issue.

The source also noted that the exclusion zone is 40m. from St Catherine's well, while the planned facility is well outside that, at 130m.

In addition, the source said, “Letters were received from 23 companies and organisations - including the Bayview Hotel and the Tourism Committee - employing more than 500 people, supporting this project.”

Killian Smith, executive planner for DCC, addressed the concerns raised by objectors in a report dated April 11. The Local Area Plan is “historical” and the site is not zoned, he stated.

He accepted as “robust and plausible” a hydrological report which concludes that there “would be no detrimental effect to the integrity of the well.”

The creation of a landscaped berm (raised bank), planted with trees is a planning condition and this will limit any noise, he added.

It is a also condition of the planning, he continued, that any development be carried out under strict archaeological supervision and that the archaeology of the area be protected.