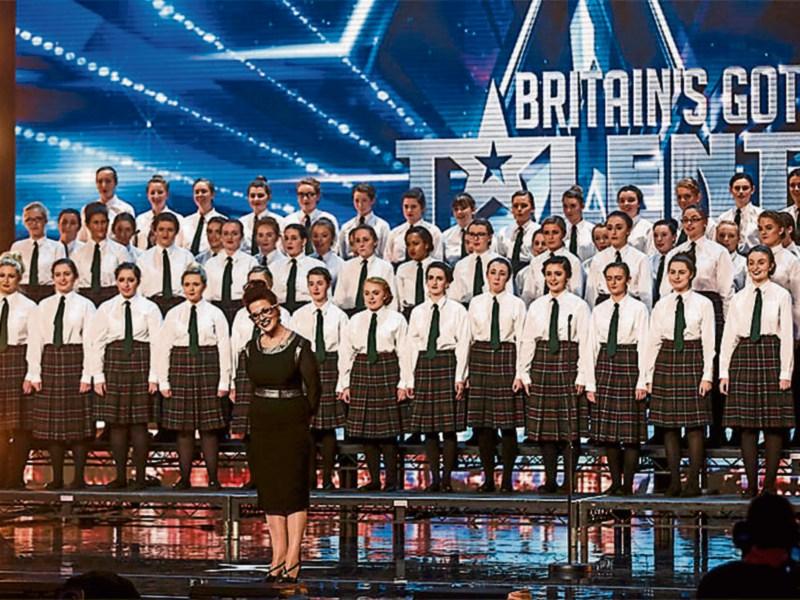 A secondary school girls choir, directed by a Donegal woman, has wowed the Britain's Got Talent judges.

Veronica McCarron (pictuted right), whose parents are from Irvinestown, was born in Scotland and lives in Ballyshannon area.

Although now retired from teaching, she still travels to Kilkenny twice a month as musical director of the Presentation School Choir there.

When the choir appeared on Britain's Got Talent last Saturday night, both they and their musical director made quite an impression.

Ms McCarron's stylish glasses caught the attention of the normally hard to impress Simon Cowell. He told her, “I like your glasses, by the way, you look cute.”

The remark prompted a wolf whistle from a member of the audience. This caused Ms McCarron to blush but the embarrassment didn't stop her from leading the choir into crowd-pleasing rendition of Karl Jenkins' Adiemus. The wonderful performance led the entire audience to spring to their feet.

The judges - Alesha Dixon, Amanda Holden, David Walliams and Simon Cowell - were equally impressed, unanimously voting the 57-strong choir, aged 14-18, through to the next round.

Simon said the choreography was fantastic, Alesha and Amanda both praised Veronica while David Walliams said the choir was “a beautiful blend of voices”.

The next day, the choir performed in front of 60,000 people, including President Michael D. Higgins, at the Dublin v Kerry match.