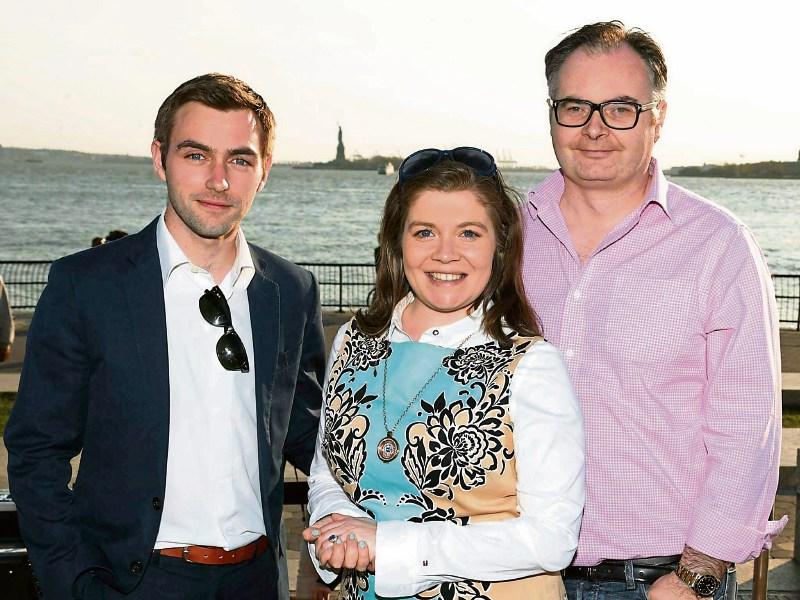 Donegal's creative energy was at the heart of the 1916 Easter Rising Centenary Commemorations in New York City on Sunday.

More than 6,000 people made their way to Battery Park for the day long festivities which featured concerts, theatre, official commemorations and more, and four people from Buncrana were among the organisers.

Troy Armour is the band's manager. He's also a director of the Derry-based creative agency Wurkhouse, which designed the website and ticketing for the Welcoming Ireland event.

Jane McCarter O'Dowd is Arts & Cultural Director of the New York Irish Center. She ran a children's workshop on the Irish national anthem. This took place on a tall ship skippered by her cousin Sean McCarter, former skipper of the Derry Legendary clipper.

Jane's husband Robert O'Dowd was the lead graphic designer for both the event and the Irish consulate's reception at Pier A Harbour House, also on Sunday.