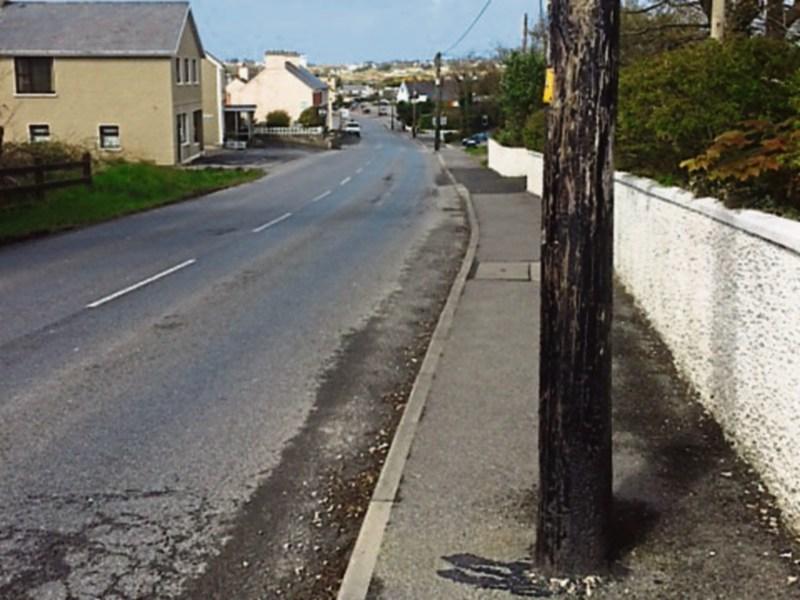 A Glenties Municipal District councillor is calling for a pole erected in the centre of an Annagry footpath to be relocated.

“If you are a wheelchair user, you will find it impossible to use this footpath,” independent Cllr. Micheal Cholm Mac Giolla Easbuig said. “I think it’s just not acceptable that some members of our community cannot do what the rest of us take for granted, like use a footpath through a village.”

The councillor said the pole was also a hazard for parents with buggies, forcing them into the road to pass it.

Cllr. Mac Giolla Easbuig said he has raised the issue with Donegal County Council for the past 18 months, but the pole has not been relocated. “I and others believe this to be totally and utterly unacceptable,” he said.

He said he will continue his campaign to get the council to move the pole, saying he believed it was an issue of disability discrimination.