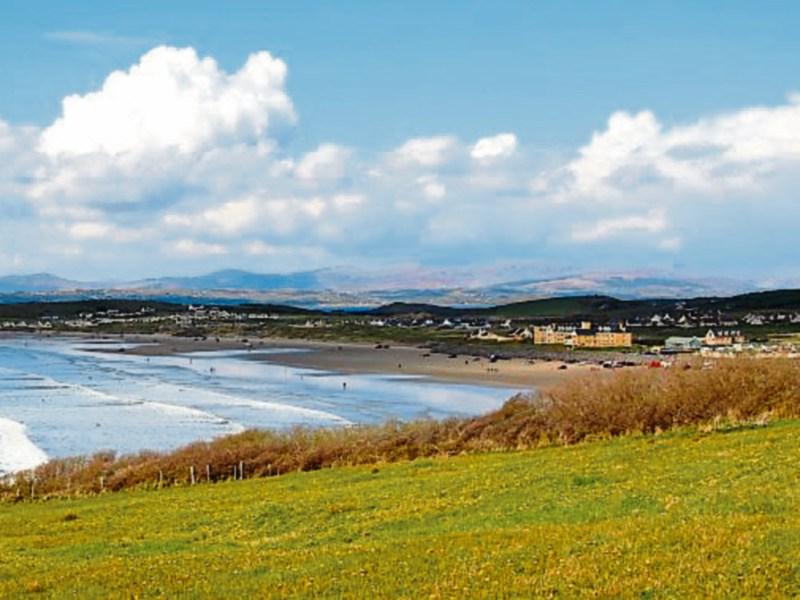 A man has penned a poem to express his true feelings about locked toilets at Rossnowlagh.

Cathal Conaghan of Omagh, Co. Tyrone, wrote to the Dem ocrat this week, stating that he loves Donegal “with a passion”.

He's a frequent visitor to the county throughout the year, even in the winter months.

On a recent visit here, though, he was dismayed at not being able to 'spend a penny'.

Although there are two sets of Portaloos at Rossnowlagh, one set at the beach entrance near the Sandhouse Hotel and another at the car park, both sets were padlocked.

This surprised him, as it was Sunday, April 17, long past Easter, when many of the tourist facilities in Donegal re-open for the summer season.

Not being inclined to write angry letters to authorities, he nevertheless felt the need to put his thoughts on paper.

The result? A little poem, what he describes as an “Odour to the locked 'fortaloos' of Rossnowlagh”. Enjoy.

A plea for a pee and a right to a sh_ite

The pub with no beer was made famous in song

But here is a tale with a whiff and a pong.

So please have at hand some toilet tissues.

Winning a seat in the Dáil is a simply a lark

And even a place in the mighty Croke Park

When seeking a seat for some welcome relief.

To be frank, what a terrible plight

You’re quietly cursing as your bladder is bursting,

So thank God for the wonderful friary,

often a saviour from hell and the briary.

No more beating about an ‘ould’ bush,

What we need here is somewhere to flush.

And also that feeling when you need a pisss.

So, cast off the shackles and raise no more hackles.

Look after your flocks, please undo all those locks.

Don’t make us madder, think of our bladder.

Throw the doors of the loos open wide

And let the poor suffering souls flush inside.

Signed - Poet of the laurels, or any convenient bush