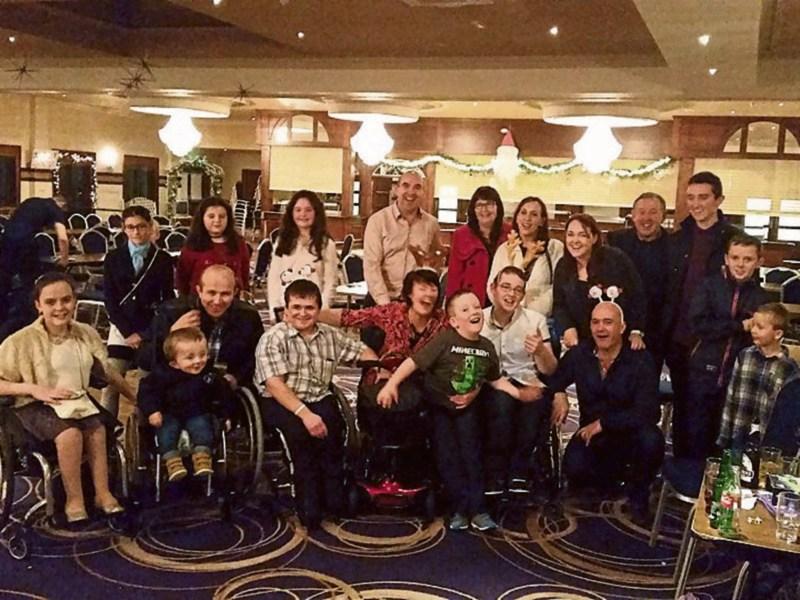 Once in awhile Jamie Lafferty will bounce into our office in Donegal town, usually with his mother Caroline in tow. He will make a bee-line for his daddy, Stephen who works for us as a sales executive.

Jamie is a character, less than two weeks now shy of his 8th birthday on May 8th, he fills the room, a word for Joycie, big Packie, Deirdre, Pauline, Lorraine and the reporters. He’s not fussy, he even talks to me. He lights up the room. He talks football and music mainly, snapchats and much more but I’m looking forward to his next visit as he’s just back from Australia. Tall tales of planes, trains and much more no doubt.

What I see when he comes in the door is a bright, lovely young lad. I don’t see a young boy born with Spina Bifida and Hydrocephalus (SBHI). He doesn’t wear it on his shoulder and his mum and dad wouldn’t want that. It’s a condition, not a badge. He’s too young to know it, but some day when he’s older he will thank his mum and dad for his approach to that and to life.

Caroline, who lives in Darney, Bruckless, walks me back to the early months of her pregnancy in 2008 when she and Stephen were told their as yet unborn baby Jamie would be born with both conditions.

She uses the word “lonely” to describe how she felt at the time, “lonely” because neither she nor Stephen knew anything about either Spina Bifida or Hydrocephalus. There was what yanks might call a “knowledge vacuum”; there were no supports, people meant well, but in a country where figures for both conditions are the highest in the world, there was no one to turn to, to ask the obvious questions:

“We were six months pregnant and were told that Jamie would have ‘severe disability and a very bleak outlook’. Mostly it was very lonely. We knew nothing, I didn’t know ‘another mammy’ I could ask.

“It was frustrating too, people would tell us about someone, somewhere who had the condition, but it turned out they had some other condition, people meant well but we lacked the information we needed and a support system.

“You get something easier if you have someone beside you that knows what’s coming down the track. It makes it easier.

“I don’t want this to sound like ‘pity me’ stuff, things are much better now for others and us because we set up the Donegal Branch of Spina Bifida and Hydrocephalus, but at that time it was difficult; the biggest problem we had was that neither of us had heard of either Spina Bifida or Hydrocephalus. It was a huge unknown to both of us which is hard to believe considering the numbers here with the condition.”

Seven months after Jamie was born Caroline prompted an article that appeared in the Donegal Democrat looking to link up with other Donegal families who had experience of SBHI. The aim of the article was to raise awareness of their situation and to ask other families to make contact in the hope that they could share experiences and knowledge.

One of the first people to make contact was Frank Larkin from Letterkenny, who Caroline describes as an inspiration.

“When I got talking to Frank, who was 36 at that time, it was really reassuring. Here was a man who was married and leading a very active life. Frank has a great attitude and isn’t afraid to stand up for himself and that’s hugely important anyway, but more so when you add SBHI into the equation. It just put me at ease for Jamie. I knew then that Jamie wouldn’t grow up thinking he was the only kid/teenager with Spina Bifida, that was important for me to know he would have others with similar experiences and challenges.”

Almost a year later, the end of 2009, the association in Donegal was put on a formal footing, Caroline was the first chairperson.

The association wasn’t set up to reinvent the wheel, their goals are simple, to provide support for each other, to families, siblings, parents, grandparents, everyone who is involved in a family unit.

They joined the national association in Dublin and that opened the door to access to a social worker with a nursing background, Áine Harrington, who was able to provide invaluable information on everything from skincare to mobility. Áine, a Family Support Worker for SBHI, is a vital resource for the group.

Caroline chaired the association locally from 2009 to 2015, Kevin Harrold from Ballybofey is now the chair and the group has grown to 35 families.

On Sunday the association will be out in force from 11am at the North West 10k and while any monies they receive from the event is important, Caroline firmly believes that their linkage to the 10k is invaluable in raising awareness about SBHI and their group.

“Creating awareness is equally as important as any funding we get as there may still be families in Donegal who need to link in with us and if so they should contact Áine Harrington on 087-9395371,” says Caroline.

The money raised will go towards funding continued support and to assist the Donegal Association with their long term goal of offering a fully accessible respite unit to families for a week or two in the summer or at other times of the year.

On Sunday the North West 10K promises to be a huge participatory and spectator event, where monies raised go to two very deserving causes. Run or walk in the knowledge that those with the Spina Bifida and/or Hydrocephalus will benefit hugely from your generosity.

*Spina Bifida is a neural tube defect, occurs at day 28, before most people know they are pregnant, which is why it is very important to take Folic Acid when considering conception.

*Hydrocephalus is simply known as water on the brain, fluid from the spinal chord fill ventricles and puts pressure on the brain and this is treated with a shunt to drain the fluid.