Seven trees to be planted in the municipal district 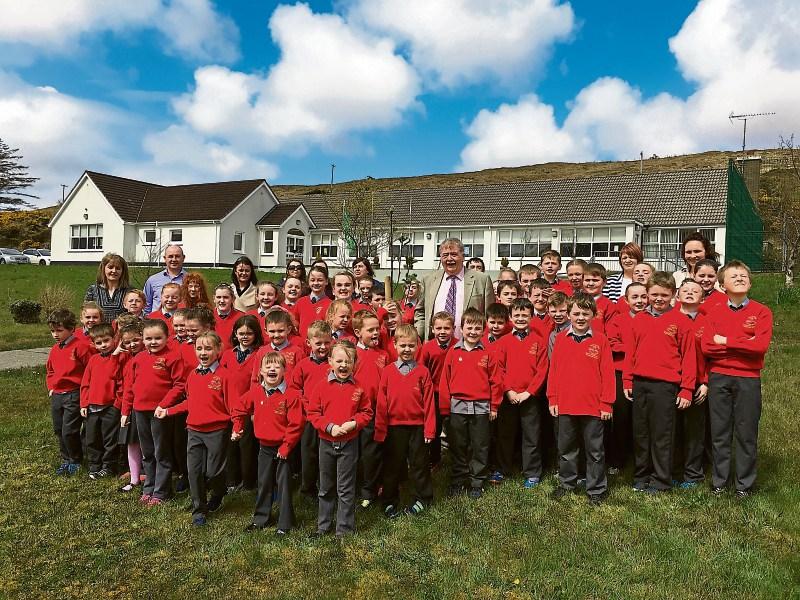 Glenties Municipal District councillors have sponsored the planting of seven native Irish trees in seven locations in the district, and are to dedicate each Garden of Remembrance to one of the seven signatories of the 1916 Proclamation.

Above, Cllr. Enda Bonner, municipal district chairperson, and Cllr. Marie Therese Gallagher, with pupils and staff of Scoil Náisiúnta Cholmcille in Fintown on Tuesday, as they officially open the garden at the school dedicated to the memory of James Connolly.

Gardens of Remembrance were also to be opened on Tuesday at the Ardara GAA Field and at Pobalscoil Ghaoth Dobhair.