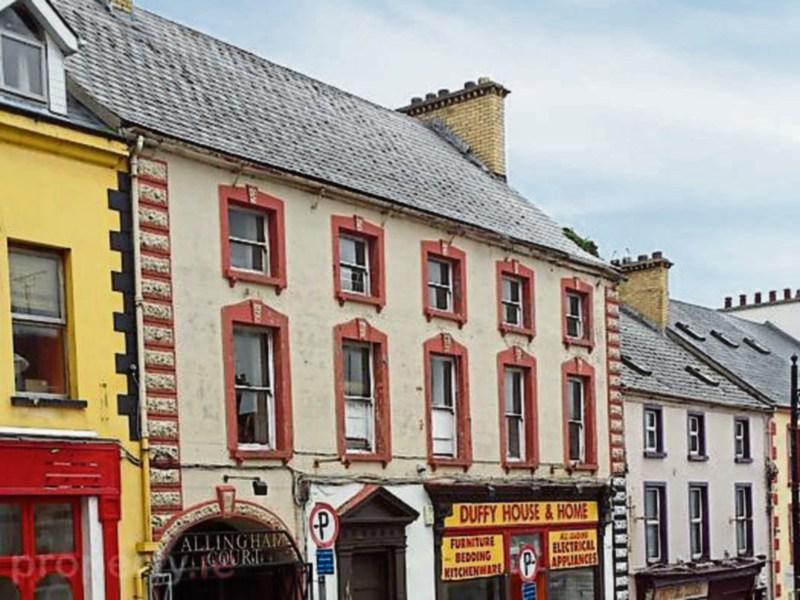 A former furniture shop in Ballyshannon that sold for just €60,000 was among several Donegal properties in the latest Allsop auction.

No. 6 Castle Street, a three storey mid-terrace building, was sold at an Allsop auction on April 28 for €60,000. The ground floor comprises a retail unit, while the upper two stories are residential accommodation. The total floor area of the building is 743 sq. m (8,000 sq. ft).

Several other properties in Donegal also sold at a fraction of the prices they would have fetched in the property boom. No. 215 Summerhill Apartments, a second floor, two bedroom in Bundoran, fetched just €37,000 while a three bedroom single storey bungalow at William Street, Raphoe sold for €36,000. No. 68 Forest Park, a semi-detached four bedroom house in Killygordon was sold for €75,000 and 13 Ard Na Carraige, a semi-detached three bedroom house in Carrick, went for €60,000.

One of the Ballyshannon’s landmark buildings, the Saimer Court shopping centre, on the town's Main Street, is set to go under the hammer at the next Allsop's auction, on May 11. A reserve range of €470,000-€530,000 is being quoted for the three storey property, which features 13 retail units and three offices.