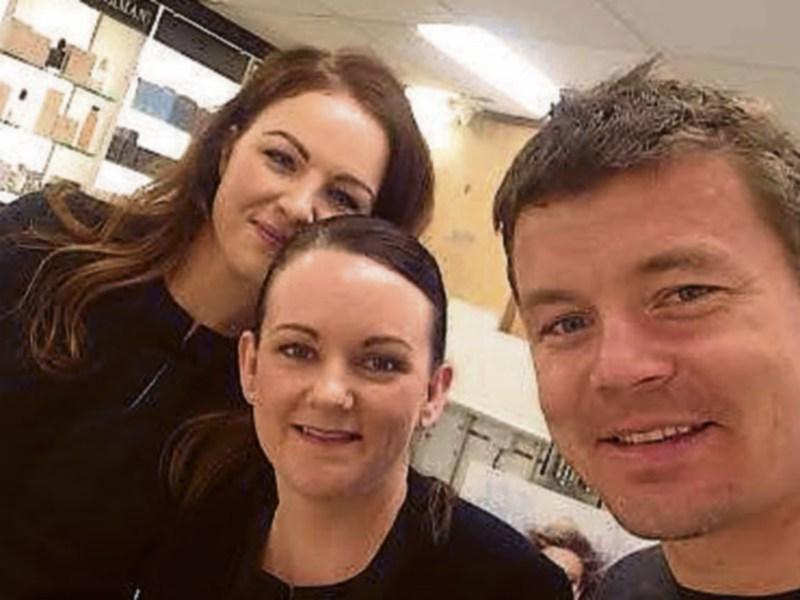 Some of the legends of Irish rugby were spotted in and around Donegal town at the weekend with some locals taking the opportunity to have photographs taken with giants of the game such as Brian O’Driscoll.

Brian is pictured here in Begley’s Chemist on The Diamond with Louise McNulty and Pia Bach, both from Killybegs.

He called into Begley’s on Saturday morning and Louise told us: “He was very friendly and very easy to talk to.”

Pia, added: “He took the selfie himself using Louise’s phone. He was down to earth and there wasn’t a bother on him, he couldn’t have been nicer.”

Victor wed girlfriend Yvonne Keyes at the hotel on Saturday.