The Force is With Us 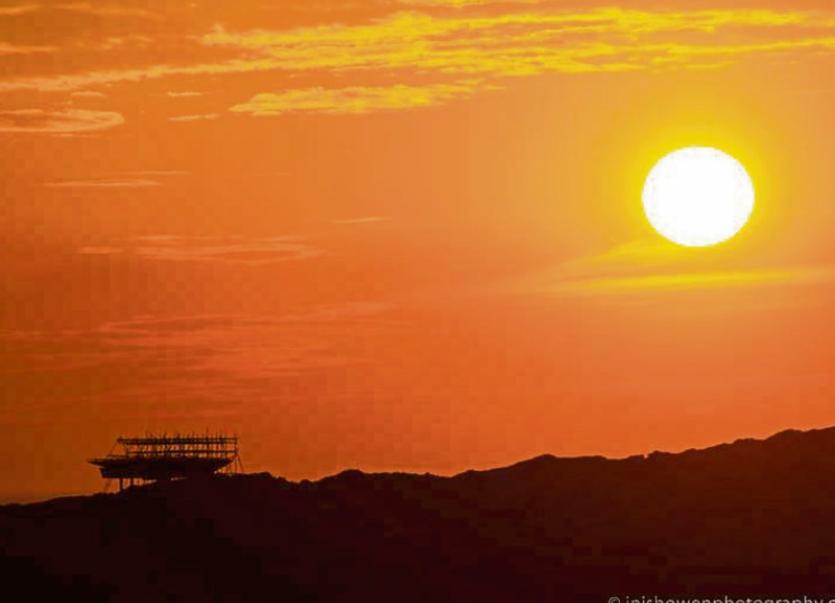 Excitement is building across the country as filming on the new Star Wars film is set to start this Friday in Donegal.

Crews have been at Malin Head for the last few weeks making preparations and building sets including, to judge from this photo from Mark Nolan of Inishowen Photography, the Millennium Falcon perched perilously on cliffs above the sea.

Star Wars: The Force Awakens, the, last film in the franchise, was released last December and became the highest-grossing film of all time just 20 days later.

The closing scenes of that film were made on the Skellig Islands in Kerry, prompting of flux of visitors to that county.

Donegal is hoping for a similar boon and the effects are already being seen.

Media across the world, including Time magazine, have already been reporting on the build up to this weekend’s shoot, and visitors are already making their way here.

Jim Mullin of Malin Head Community Association told RTÉ’s Eileen Magnier, “In the last few weeks, it’s incredible, the amount of traffic on the road coming here, up to the most northerly point in Ireland, just to see where it’s being made. We can only imagine what it will be like once they start filming here.”

Up to 300 members of cast, crew and support staff are expected to converge on Malin Head this weekend.

Curious fans of the films will, no doubt, also arrive, although it’s unlikely they will get to see much.

Nonetheless, Ronan Doherty of the Seaview Tavern told the Democrat they’re expecting a bumper weekend. “There have been a right few people about over the last few weeks and I think a lot more are planning on coming up this weekend.

“Because of the road closures, the traffic is being diverted right past us, so that’s an extra bonus.

“Plus a lot of the crew have been coming here, so we think this could well end up being our busiest weekend of the year.”