'I believe this can transform lives' 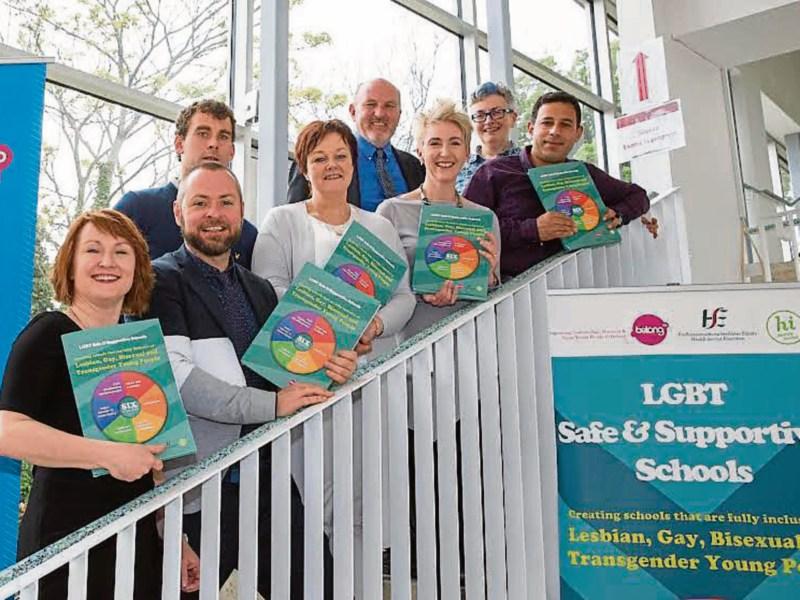 Speakers at the launch said they believe the LGBT Safe and Supportive Schools Project, developed by HSE Health Promotion and Improvement and BeLonG To, the national organisation for LGBT young people, can be used in schools nationwide.

“I 100 per cent believe in the potential of what this can do and how this can transform the lives of so many young people across Ireland, and transform their whole school experience,” Moninne Griffith, executive director of BeLonG To, told the launch audience at the Regional Cultural Centre. “And indeed I know it can save lives.”

The aim is to encourage schools nationally to address homophobic and transphobic bullying through the use of the project and a toolkit the project produced. A national survey published this year by LGBTIreland found LGBT young people Twice more likely to have self-harmed than the wider teen population and four times more likely to have experienced severe anxiety of depression.

The difficulties come not from being LGBT, but from the bullying, rejection, harassment and isolation LGBT people have experienced.

It involves parents, students and the broader community, and was delivered with the support of secondary schools Magh Ene College, Bundoran, and Moville Community College, which volunteered to pilot the programme in 2013-2014.

Mr Barron said the project toolkit, “is a resource that can truly transform the lives of LGBT young people in schools”.

Speakers at the launch included members of Donegal Youth Service’s Breakout project for LGBT young people. Megan Rushe told the audience, “We deserve a future where we can be assured a safe, happy life, regardless of disability, religion, race, gender or sexuality.”

The HSE has worked with BeLonG To since 2008, and work on this new initiative began after an HSE Health Promotion and Improvement survey of Donegal post-primary schools in 2011 suggested schools would benefit from such a programme.

An evaluation of the pilot in the two Donegal schools showed whole staff training had a dramatic impact on staff in terms of LGBT awareness and attitudes toward LGBT young people, as well as their ability to respond to LGBT bullying.

He spoke of the scientist Carl Sagan, who said, “Every one of us is in the cosmic perspective, precious. In a hundred billion galaxies you will not find another.”

“I think that’s very, very powerful,” Eamon said. “We should be celebrating diversity.

“Instead of pushing it away, not embracing it, we should be celebrating it.”