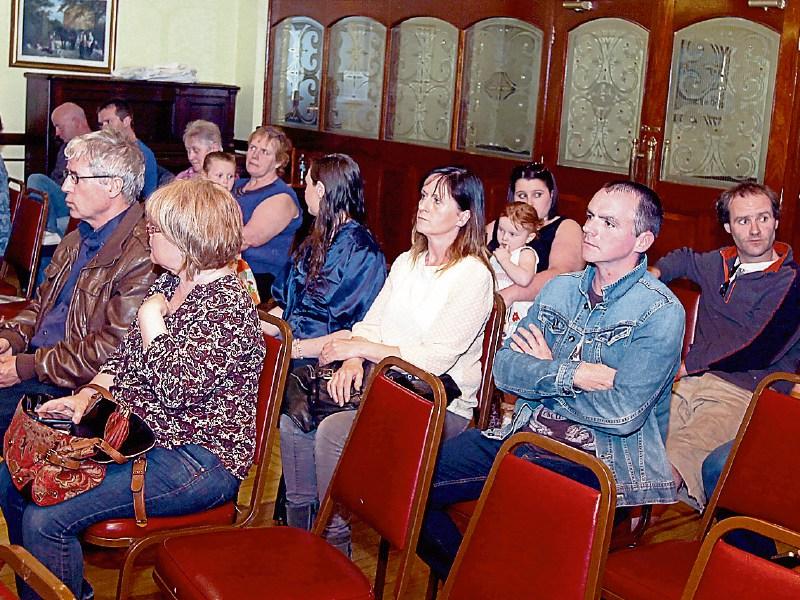 A local People Before Profit activist told a meeting of over 50 people in Dorrian’s Hotel, Ballyshannon that the only division between Ballyshannon and Bundoran should be “on the football field”.

Cyril Brennan, who is a native of Lisahully, said that he was sick of the “divide between the two towns”.

He said that south Donegal and Kinlough and Tullaghan in Leitrim should work together for the betterment of the people of that area.

“Bundoran has good infrastructure and we have great carpenters, painters and plumbers in Ballyshannon and there is no work for them.

“And we should not begrudge our neighbours but work together to improve the lot of all of us through People Before Profit.

“I am proud to be from Ballyshannon but am disgusted that there are no jobs and I can’t even afford to buy my own house as the millionaire bankers don’t see any profit in giving mortgages in Ballyshannon.

“In People Before Profit we all want good health education and jobs which are all basic rights.

“We also need social housing in Ballyshannon and farmers are also suffering with low milk prices.

“My father has been in farming all his life but it is now like a hobby”.

Marian Cahill told the meeting the reason she joined People Before Profit was because she was tired of the boom and bust cycle and she had lived through three recessions.

She said she was angry at having to pay for the mistakes of others.

Ms Cahill added that telling people who had lost their homes that and businesses that it was their own fault was “insulting and untrue”.

“We did not cause the banking crisis but we had to bail them out and our government did what they were told by their European masters”.

“There is a hunger and thirst for a new politics and we now had the weakest government in the history of the State.

“For the first time in the history of the State young people are looking forward to a worse standard of living than their parents.

Ms Smith said the party would shortly be holding a press conference with the family of the disappeared Mary Boyle shortly in response to the allegations made in a documentary about her disappearance.

Sligo General Election candidate Nigel Gallagher said Fianna Fail and Fine Gael once had 85 per cent of the vote but now only had slightly over 50 per cent.

So the clear message was that the times they are a changing from a lively questioning crowd in Dorrian's with interesting contributions from a wide variety of sources.

And while they may be small in number with only slightly over 30 members so far, there was a lot of energy and anger in Dorrian’s, and one suspects, that this is one party that is not going away.

A further meeting is being arranged for the week after next, when they hope to have Eamon McCann as a speaker.