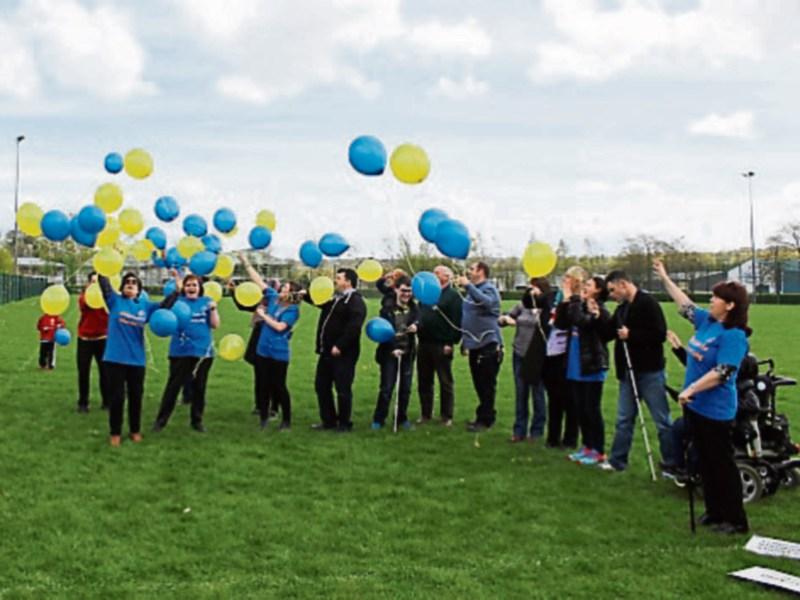 The day is intended to raise awareness of the independent ethos and philosophy, and DCIL also celebrated with cards promoting positive affirmations related to independent living.

DCIL leaders and staff, and other members of the public, released the balloons on the pitch behind An Danlann at Letterkenny Institute of Technology around midday on May 5th.

The centre is a charity-based organisation that provides personal assistance to people with physical and sensory disabilities throughout Donegal. The group’s objective is to support and empower disabled people to achieve independent living and to participate as equal citizens in society.

The Letterkenny balloon release was also an opportunity to raise awareness of independent living and to demand that the human rights of people with disabilities are respected, always, by everyone and everywhere.

DCIL is also planning a bigger celebration for Independence Day, July 4th, with plans for a barbecue and face painting on the day, weather permitting.

Our photograph shows: Some of the DCIL leaders and staff and members of the public who attended the balloon launch.