Radio Presenter of the Year for Rónán Mac Aodha Bhuí 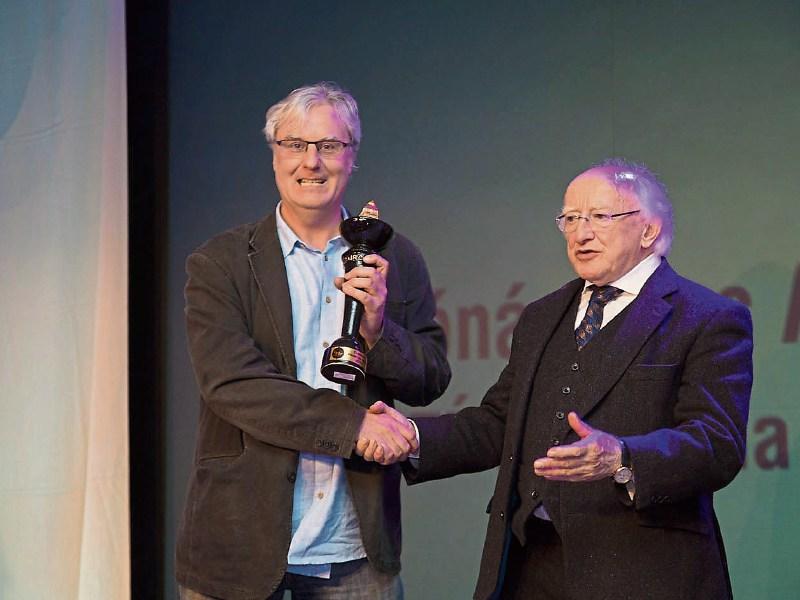 The awards celebrate achievement and excellence in the Irish-language media sector and honour actors, journalists, presenters, programme makers and others who have excelled in their contributions in the last year.

Rónán won the prize for Best Radio Programme last year for Rónán Beo @3, but this year he took home the prize for Best Presenter, and not for the first time either. The programme, and presenter, continue to be a favourite with listeners both young and old across the country.

President Michael D. Higgins presented the awards, and in his acceptance speech Rónán spoke of those who had suffered for and worked tirelessly for the Irish language, and urged us not to forget the efforts of those who had gone before us to bring us to where we are today in this year of commemorating the Rising.

Rónán Beo @3 is broadcast at 3 pm from Tuesday to Friday on RTÉ Raidió na Gaeltachta.