'She always put others first' 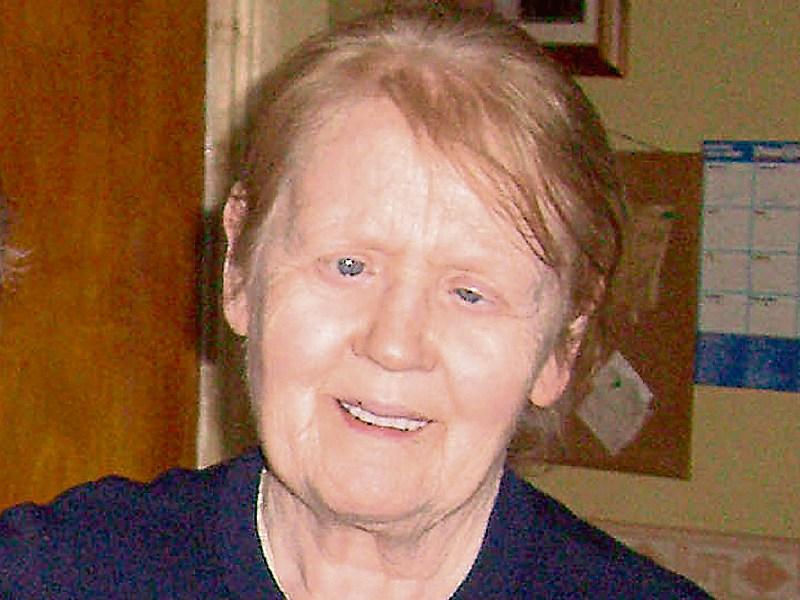 The nation owes thanks to Frances McLaughlin for the work she and her son have done to highlight the challenges faced by people with cystic fibrosis, mourners at her funeral mass at the Church of Mary Immaculate in Stranorlar were told.

Mrs. McLaughlin (pictured), 81, passed away on May 10th at the Archview Lodge nursing home in Letterkenny, after a long illness. She lived at 10 Mulreany Terrace, Stranorlar.

Calling Frances a wonderful mother and grandmother, and a kind and good neighbour, Father John Joe Duffy said at her funeral that she always put others first.

“We owe her thanks as a nation” for the campaigning and fundraising work Frances and her son Brendan have done, Father John Joe said.

“Herself and Brendan were forever campaigning,” he said.

Brendan, himself a passionate health services campaigner, who has cystic fibrosis, is Ireland’s longest-surviving lung transplant recipient. Frances’ daughter, Martina, who had cystic fibrosis, passed away in 2007.

Of his mother, Brendan said, “She will be missed for a long time and it’s going to take a terribly long time to get over it.” Brendan has been in hospital in Dublin since last year, where he is recovering from a serious infection.

In 2013, Frances for the first time publicly shared the full story of her years in a convent laundry in Derry, where she spent most of the 1950s.

“It was a long time to carry that,” Frances said. “I’d never seen many bright days in the ‘50s.” She told her story after seeing Taoiseach Enda Kenny’s apology to Magdalene survivors and interviews with survivors.

“I went to my bed crying,” Frances said. “It brought back memories, hearing all the women go through what I went through.”

Frances was predeceased by her daughter Martina. She is survived by her husband, Seamus; sons Gerard, Seamus, Brendan and Kevin; daughter Frances; grandchildren and extended family.