Michelle says she'll 'Take That' Gary to her party 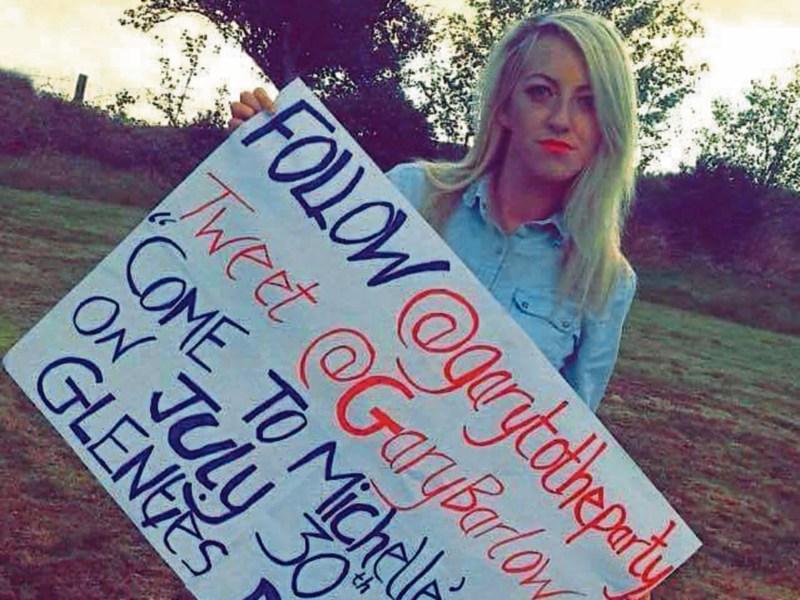 A Glenties woman has launched a campaign to get her musical hero to her 30th birthday party at the end of July.

Michelle Boylan has launched a bid to get Take That singer Gary Barlow to her party on July 30th.

The singer announced that he would attend fans birthdays based on campaigns that they launch - with the most successful campaigns winning a birthday visit from the X-Factor star.

Michelle has been a fan of the group since she was 4-years-old and is now aiming to get Barlow to her bash.

But there is just one problem -  there is a rival bid from another Take That devotee who is aiming to make her own birthday dream come true on the same date.

Although with more than a quarter century of following the band behind her, Michelle is determined to give the bid her best shot, even though her rival has tweeted the singer almost 12,000 times.

“She is tweeting every minute of the day but I am trying a different approach,” Michelle said.

“I am going through the media and trying to get celebs and local businesses to showcase our beautiful county and asking people to post videos supporting me. I have got Noel Cunningham to ask Daniel O’Donnell to get on board with a video message and am getting people to write blogs.”

Michelle has two young children and works with the HSE as a care assistant for people with intellectual disabilities.

She has seen Take That at each of their Irish appearances since the band reunited she has also seen Gary Barlow at his solo Irish show.

“I am a mother of two working five days a week and it is very difficult to keep it all going but I am very competitive so if anyone can help. People think I am crazy but I am very determined.”