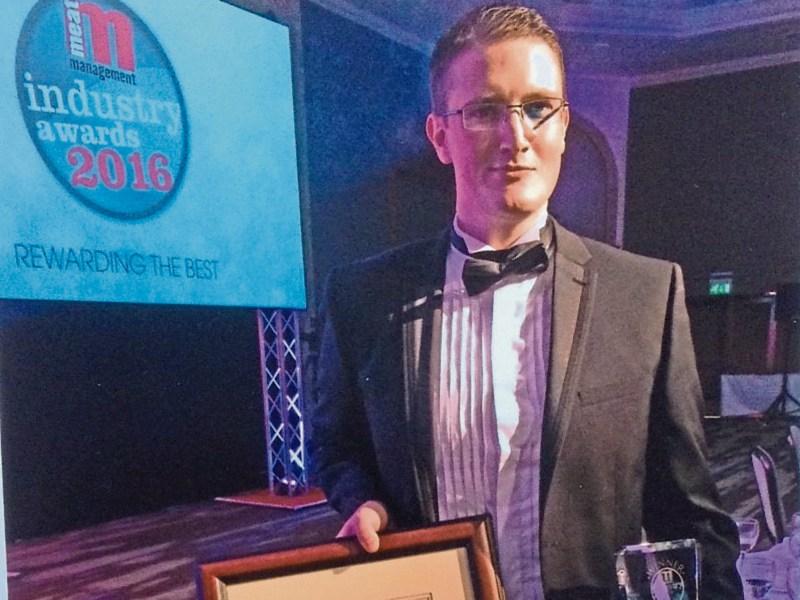 Barry Greenan, Lisahully, Ballyshannon has been named Young Manager of the Year at the APB Food Group Engineering at the Annual Meat Management Industry Awards in London on Friday last.

Son of Jim and Breege Greenan, Barry is Engineering Manager with APB, Doncaster, England, who he first joined as a graduate engineer in 2011.

A former pupil of Rockfield NS; Colaiste Cholmcille, Ballyshannon; DCU and Sligo IT, Barry has worked his way up through the APB Group, starting firstly in Perth in Scotland; in Yetminster before being transferred to Shrewsbury in 2013.

In October 2014, Barry moved on to the retail plant in Doncaster as an Engineer Manager, a move that saw him become part of the group's senior engineering team.

Speaking at the awards, Richard Keating, group engineering manager, said: "Throughout his progression within APB, Barry has demonstrated an excellent work ethic and commitment to the business. He is very methodical, dependable, consistent and highly regarded amongst his colleagues."

Collecting his award on Friday night, Barry said: "I have gained a huge amount of experience during my time with APB. I feel that my drive and skillset have helped the engineering department grow and become more stable and efficient. We are now driving innovation not only at site level but within the group as a whole."