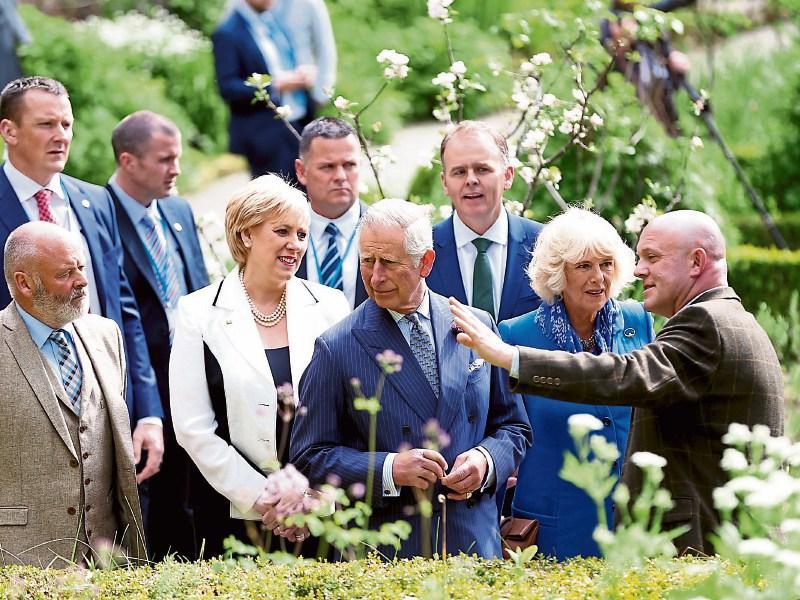 The royal visit has “huge implications” for tourism in Donegal and will increase visitor numbers from the UK market, the team manager for the Wild Atlantic Way (WAW) has said.

Ms. Joan Crawford said that the implications for Donegal, in so far as tourism is concerned, are huge.

“This is huge for tourism in Donegal,” she told the DPP.

Each year, over a quarter of a million tourists visit Donegal from overseas.

The Prince of Wales and the Duchess of Cornwall visited Donegal on Wednesday last.

The visit was successful and in a tweet from Clarence House this week, they thanked the people of Donegal for their warm welcome.

“It was excellent. The entire event ran like clockwork,” Joan said.

She said that the visit was event more significant as it had been a 'personal visit' as opposed to a state visit.

The President of the Letterkenny IT, Paul Hannigan said he believes that the benefits of the royal visit will be long lasting.

He added that the visit from the Prince will ignite trade delegations to the institute and to Colab.

The King of Tory, Patsy Dan MacRauirí has extended an invitation to the royal couple and said that he hopes that during their next visit they will come to the island.

He said: “Prince Charles mentioned the island during his speech at the Letterkenny Institute of Technology. We would love to extend an invitation to them to come to the island and enjoy all the rich culture that this island has to offer.”

He added that Prince Charles has a great knowledge of the island due to his great appreciation of the work of Derek Hill.

The artist spent a period of time on Tory Island painting and his time on the island has left a living legacy.

“People from across the county said that 'only good things can come from the visit',” he added.