Earagail Arts back in July for its 28th year 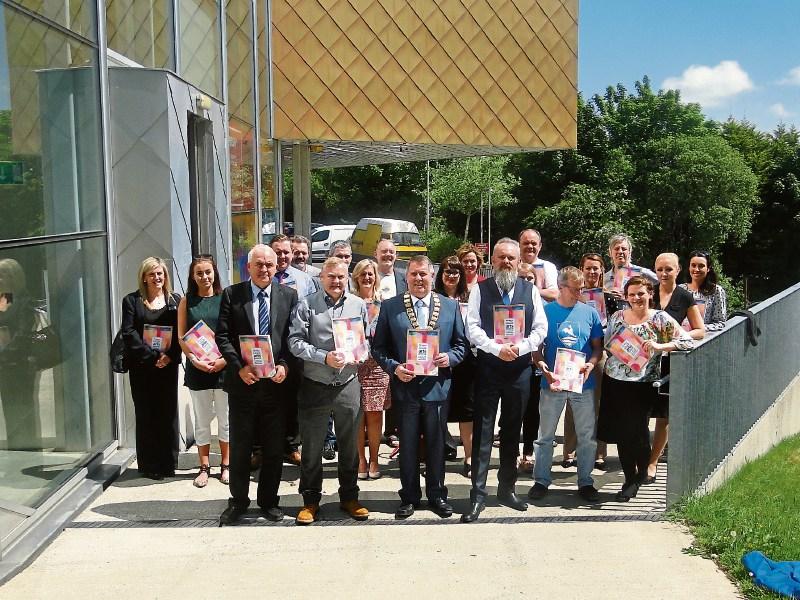 The Earagail Arts Festival returns to Donegal next month for a fortnight of music, theatre, visual arts, the spoken word and other festivities by Irish and international artists.

The festival programme was launched  yesterday by Letterkenny Municipal District Mayor, Cllr. Gerry McMonagle, who said Earagail Arts not only promotes Donegal and the arts, but provides outlets for the growing talent that exists in Donegal.

This year’s EAF also features the centrepiece theatre production, “Unified” by Guy LeJeune, a musical celebrating the people and stories of Unifi, the textile plant that was Letterkenny’s major employer over a 30-year period of rapid social change.

Earagail Arts runs from July 8th to 24th in venues across a broad section of the county, featuring emerging and established artists.

Donegal County Council has commissioned a major video project by Donegal/Derry artist Willie Doherty, Turner Prize nominee, that explores the legacy of the 1916 Rising. The work is a project of the Arts Council of Ireland’s ART: 2016 centenary programme.

At the launch, Dessie Larkin, chairperson of the Earagail Arts Festival, said the festival showcases Donegal and offers communities across the county the opportunity to have unique Irish and international arts on their doorstep.

“Earagail Arts Festival is all about ‘Made in Donegal,’” Dessie said. “That’s the concept we’re trying to project all around the world.” Saying the festival has gone from strength to strength, he said the EAF is also highly regarded nationally and internationally.

Paul Brown, director of the Earagail Arts Festival, said for the first time this year, there will be an Earagail Arts Festival stage at the Swell Festival, which runs on Arranmore Island from July 8th to 12th. The multidisciplinary, tri-lingual performance area, curated and produced by EAF, will feature two days of electronica, traditional and folk artists in music and the spoken word.

In “Home to Ballybeg,” renowned traditional musicians will celebrate the late playwright Brian Friel, in a specially commissioned concert presented by composer, producer and multi-instrumentalist Manus Lunny on July 17th at An Grianán Theatre in Letterkenny.

The full EAF programme and ticket information at www.eaf.ie

Pictured: Festival director Paul Brown, chairperson Dessie Larkin and Cllr. Gerry McMonagle were among those at yesterday’s launch of the EAF programme.