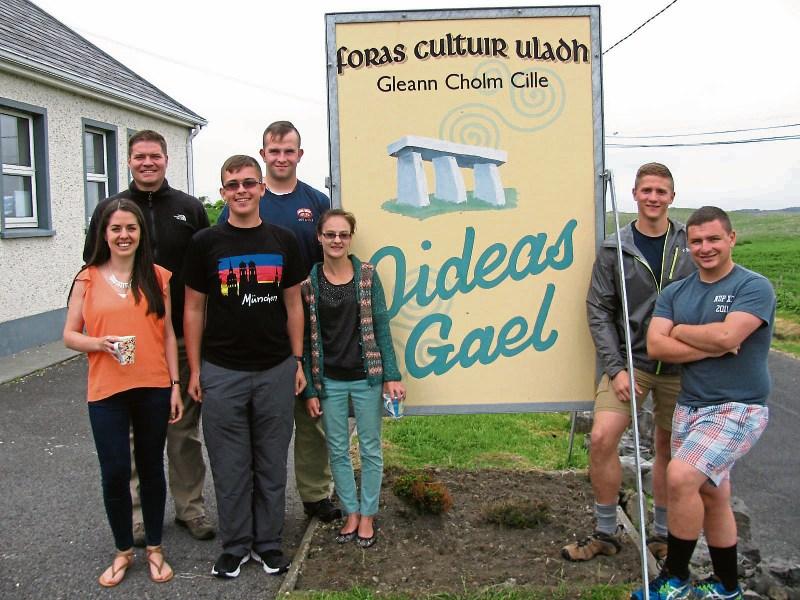 A thirst for the Irish language and culture has manifested itself amidst the grand antebellum mansions and forests of a small county in Alabama.

Rankin Sherling, a history lecturer from Mississippi, who teaches in the Marion Military College in Alabama, has a great love and appreciation for the Irish language and this appreciation has blossomed among those at the college.

The academic has visited Gleann Cholmcille on a number of occasions to learn and be immersed in the Donegal Irish dialect.

This year, the love of the Irish language, in his native Perry County, has been reflected in the fact that they raised $18,600 to ensure that Mr. Sherling and four cadets could attend the Oideas Gael Irish language course.

Money was received from areas such as Oman, much to their surprise.

Mr. Sherling attended the University of Mississippi, a place which is famous for its scholars of Southern Culture, it was there he wrote his thesis on Irish immigration.

He won a scholarship with his thesis which reflected a fresh opproach to the subject.

“The thesis actually won me a scholarship to go and study the history of Irish migration with D.H. Akeson, the world's foremost in the field,” he said.

He studied in Canada where he became aware of two Gaeltachtaí. The Irish Gaeltacht was borne from the sheer determination and will of Aralt Mac Ghiolla Chainnigh.

It was here that Mr. Sherling was told to go and study Irish in Donegal. A small university grant ensured the journey and a love was borne. During his time there he lived in a tent. Spates of study in Belfast and Galway ensued. Now, he teaches Irish at the military school. His bunrang takes place once a week and is well attended.

It takes place in Irish American Charlie Flaherty's used bookstore on a Thursday evening. The bunrang houses a consistent 6-8 students.

“They absolutely love it, and they greet me as Gaeilge when they see me on campus. It makes us happy to use our secret language here,” he said.

Last year, he applied for and won a grant to bring two cadets to Oideas Gael.

This year, alongside four cadets, Mr. Sherling has brought his lovely wife Claire and their beautiful baby Máire. All are enjoying their time amongst the team in Oideas Gael.

Mr. Sherling has a great ability to speak the Irish language and admitted that, on more than on one occasion, he has been told he has a Donegal dialect when he speaks Irish, despite his southern American accent in English.

Mr. Sherling will now have the opportunity to show his students what inspired him to love a language that his forefathers spoke as they left their native homes and went overseas in search of work for money with the greatest of riches in their hearts.