President to visit Letterkenny at weekend 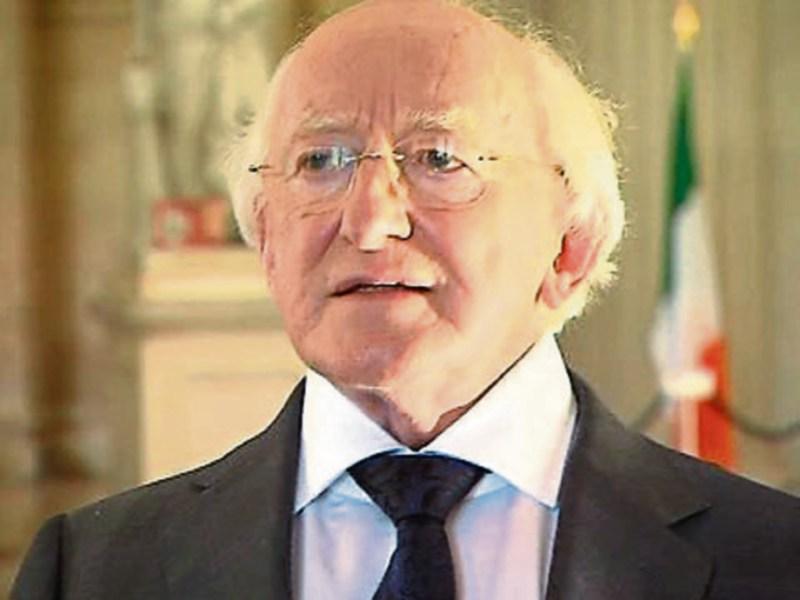 President Higgins will make his first official visit to Letterkenny this weekend when he unveils a plaque honouring the town’s achievement of being named Ireland’s tidiest town.

The President will unveil a plaque during a ceremony which will be held at the Plaza at An Grianán theatre on Saturday.

The President and his wife Sabina will arrive at the event at noon. They will be welcomed by a guard of honour comprising of children from the 14 schools in the town.

Presentations to the President and Mrs Higgins will be made by Ciara McDermott, a student from Woodlands National School, and Odhrán Keys, a pupil at Scoil Cholmcille.

Odhrán will present a copy of the book ‘Letterkenny: Where the Winding Swilly Flows’ by Kieran Kelly, while Ciara will present flowers to Mrs. Higgins.

The President will address those gathered before unveiling the plaque. He will then meet people in the Plaza before a reception in a marquee which will be attended by representatives of all the groups involved in the Letterkenny Tidy Towns effort.

Chair of the Letterkenny Tidy Towns Committee, Anne McGowan, said the committee is delighted to be welcoming the President to join in Letterkenny’s celebrations of the achievement.

“The President will recognise the achievement of all those who contributed their time and effort to the community and due to their commitment, Letterkenny was chosen as Ireland’s tidiest town,” she said.

“We are looking forward to welcoming the President. Letterkenny is a wonderful place which has all the charm and warmth of a small town but most of the amenities of a large urban centre and it is situated central to some of the most beautiful and interesting places in the county. We are indeed very, very proud to showcase Letterkenny on this very important day for the town.”