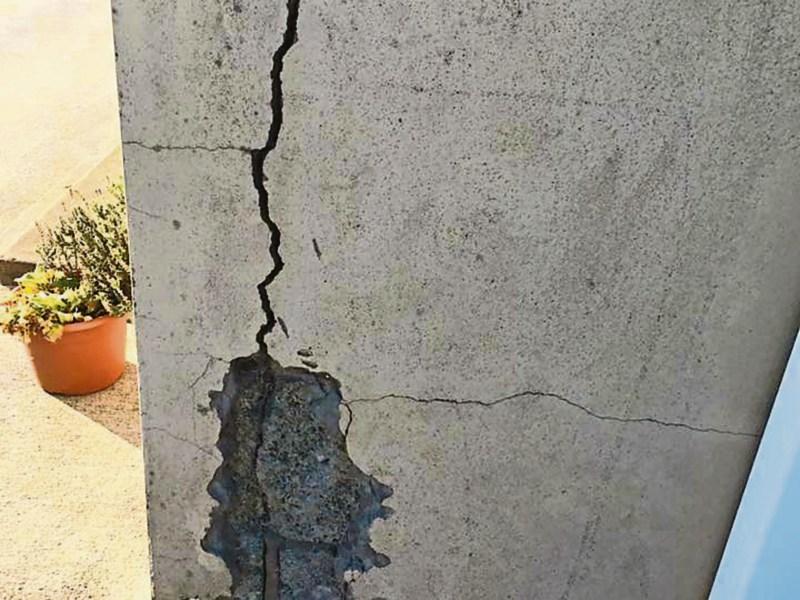 There has been a significant increase in the number of homeowners in the county registering with the Mica Action Group following the broadcast of an RTÉ investigation into the problem.

The presence of mica is believed to be causing blockwork in houses across the country to crumble.

The Mica Action Group (MAG) said the two weeks since the broadcast of the Prime Time programme has seen a huge increase in homeowners coming forward who believe their homes may be affected; the number now sits at around 350.

The problem has seen blockwork on hundreds of homes crumble and the presence of the mineral muscovite mica has been discovered in many of the affected houses. While most of the houses are in Inishowen, MAG believe many homeowners have not come forward yet. A number of homeowners have taken a legal challenge against Buncrana quarry company Cassidy Brothers over the problem.

Minister for Housing and Urban Renewal Damien English is to come to Donegal next Monday to meet members of MAG and local councillors to discuss the issue.

Phil McDaid, MAG chairman, said that in the weeks since the programme aired, the number of homeowners who made contact to indicate they believe they are affected has risen by about 25 per cent, to about 350. “The numbers are continuing to rise on a daily basis and come from homeowners across the county,” he said.

“A large number of homeowners sat down to watch the programme with their families and contacted us afterwards to say that the programme had prompted them to inspect their homes and led them to realise that they too are also affected by defective blocks,” he said. He said the group’s dedicated phone number and email have never been busier.

“The programme highlighted serious shortcomings in the manufacturing, regulation and inspection of concrete block production in Ireland and clarified that blocks delivered on to the market over many years were not suitable for purpose, having low cement content, high levels of mica and high water content, resulting in low block strength, high friability and high susceptibility to freeze-thaw action,” he said. “Anyone who watched the programme has seen the results – some homes now abandoned, insurance withdrawn, cannot be sold and have no value. This is not to mention the attendant issues - anxiety, stress, hopelessness, depression, anger and feelings of having been let down by the providers of the materials, the council, regulatory bodies, mortgage provides and the government.”