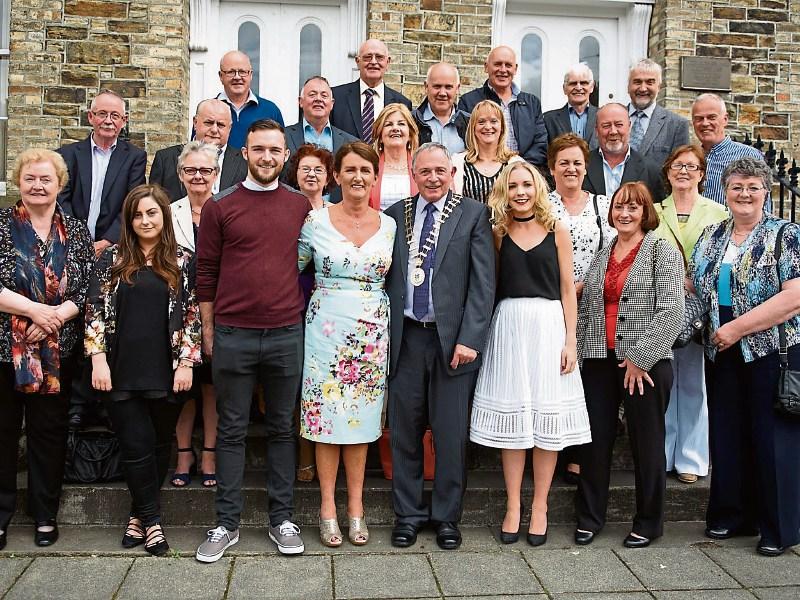 The Ardara councillor’s elevation to the top position in the council came just over 15 years after he first took his seat on the council.

His election yesterday was as part of the power-sharing agreement in operation on the council.

Cllr. Slowey was co-opted to the council in May 2001, following the sudden death of Ardara county councillor Charlie Bennett on a St. Patrick’s Day visit to the U.S. as chair of the council.

Mr Bennett's widow Marian was in the chamber yesterday.

Cllr. Slowey's election to become Donegal's first citizen reaffirmed his return to the party fold following his expulsion from Fine Gael after a judgment against him by the Standards in Public Office Commission in April 2011.

He was then expelled by the party in May 2011 before being restored to Fine Gael in August 2013.

Cllr. Slowey, an environmental chemist by profession, was twice an election agent to former taoiseach John Bruton and has sat on the board of the National Building Agency.

Nominating Cllr. Slowey for the position of cathaoirleach, party colleague Cllr. Bernard McGuinness said the Ardara councillor has all the attributes needed to hold the office of first citizen.

"He has all the attributes needed - honesty, integrity, and wise council," he said.

"He has always been very dedicated to Donegal County Council and nobody could question his dedication to Donegal."

Seconding the motion, Cllr. Martin Harley said he has had great pleasure working with Cllr. Slowey for the last seven years. "I know he will perform his duties with great distinction,” he said.

After taking the chair, Cllr. Slowey recalled the day he took his seat on Donegal County Council, one that was tinged with great sadness due to the death of his predecessor, Charlie Bennett.

Cllr. Slowey was joined in the chamber by his wife Patricia, daughter Jennifer and his son Kelvin. He said his daughter Yvonne, who lives in Australia, and her two young daughters were in his thoughts.

Referring to the work of the council in the year ahead, he said: “I assure all the members of the council that are here that I will work them them through the year and I will be scrupulously fair.”

Issues he wants to focus on during his year as cathaoirleach include tackling unemployment and supporting small businesses, promoting tourism in the county, increasing levels of recycling and promoting care of the elderly.

Nominated councillors congratulated Cllr. Slowey and said they looked forward to working with him during the year ahead.