In this Monday's Donegal Democrat and People's Press 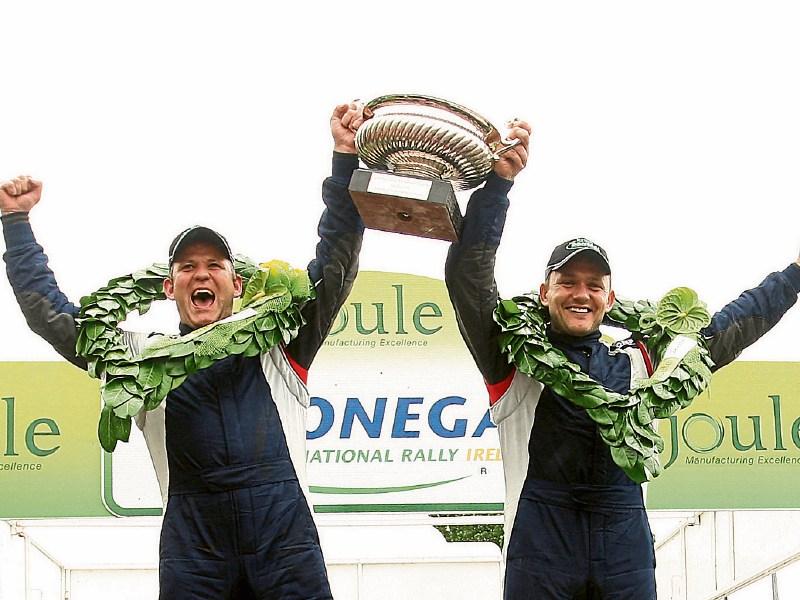 Don't miss this Monday's Donegal Democrat and Donegal People's Press for these stories and more:

- Fears that Letterkenny steps could lead to injury

- Majella slams treatment of her friend Cliff as 'appalling'

- Carndonagh man jailed for people smuggling in the UK

- Garda Sergeant found not guilty of harrassment by reason of insanity

Manus Kelly and Donal Barrett who won the Donegal International Rally yesterday by just 0.5 of a second.

It was the most dramatic finish ever to the famous event which attracted huge crowds from all corners of the country over the weekend.

The pair won the national championship in Donegal last year and took victory in the Carlow Stages Rally earlier in this season.

There were emotional scenes at the end of the last stage at Fanad Head when the managed to overturn a 9.3 second deficit into a winning margin of half a second. It was the only time they took the lead.