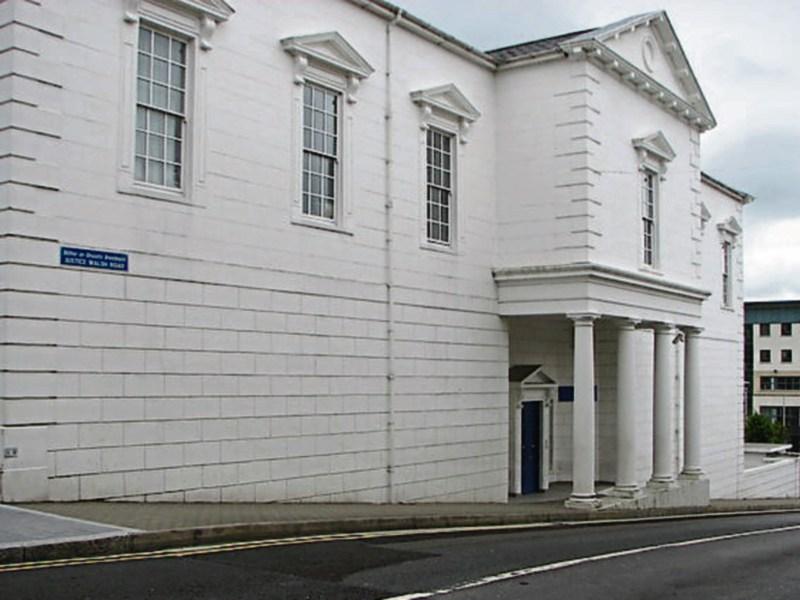 A Drumkeen man who led gardaí on a chase down back roads, across a field and through a river and seriously injured an officer when he struck him with his jeep, Letterkenny District Court heard on Monday.

Hugh McGee, 46, of Leglands, Drumkeen struck Garda Michael Kilcoyne with his car during the incident at Lettermore, Drumkeen on August 31, 2014 and following a CT and MRI scan he had to undergo surgery as a result his injury.

McGee was charged with two counts of dangerous driving, assault, obstruction, drink driving and failing to stop for gardaí.

Inspector Goretti Sheridan told the court gardaí were out on patrol when at 2.55am they observed a vehicle leave Jameson Bar in Drumkeen and travel along the N13. They attempted to stop the vehicle, but it drove on. It then turned off down a back road before it entered a field and crossed a river. The Isuzu jeep then turned and drove at gardaí forcing them to take evasive action and get out of the patrol. The jeep was then reversed toward the officers. Gardaí attempted to get the driver out of the vehicle, but he violently resisted arrest and kicked out at the patrol van. Officers had to use incapacity spray to subdue him and had to call for assistance.

Garda Kilcoyne suffered a lateral tear of his hip and was off work for a number of weeks following surgery.

McGee has nine previous convictions for offences including drink driving, drunk in charge of a vehicle and having no tax.

Solicitor Frank Dorrian said it was a “situation that got hopelessly out of control”. He said McGee did not intend to injure the garda.

“He made an attempt to evade not injure. He did not intend to, but he acknowledges he did,” Mr Dorrian stated.

He said his client was intoxicated and he “took the wrong choice” and apologises for his actions.

“He never intended for it to get out of control,” he added.

Judge Paul Kelly said his behaviour was “completely unacceptable” and the situation “spiralled out of control”.

Due to a technical error he said he had to strike out the drink driving charge.

For dangerous driving at Lettermore he jailed him for three months and disqualified him from driving for six years. For dangerous driving at Leglands he received a further three months, to run consecutively, with a six year driving ban. For failing to stop for gardaí he was fined €250. For assault he was fined €250. The obstruction charge was taken into consideration.