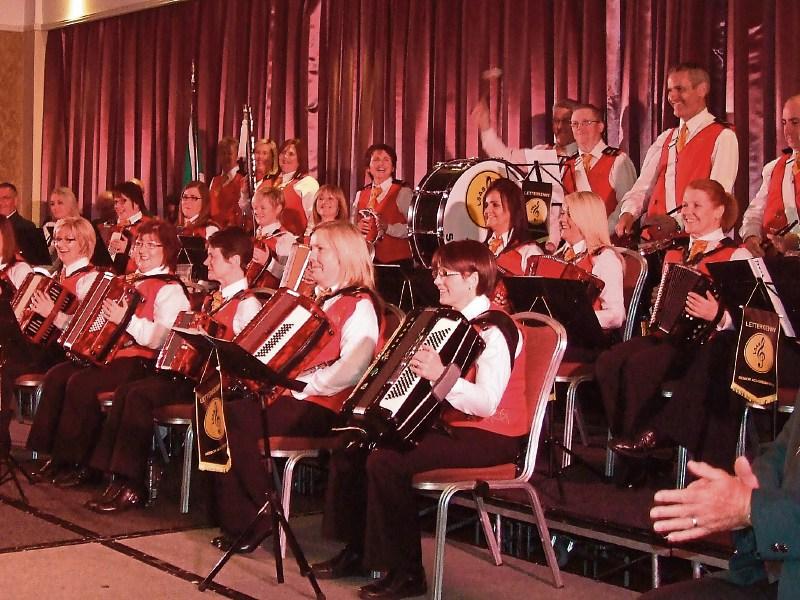 The Letterkenny Senior Accordion Band took centre stage in front of an audience of 500 people recently.

The concert which took place at the Tullamore concert Hotel was organised to raise much needed funds for the Irish Kidney Association.

According to those in attendance, the Letterkenny band really made an impact on the audience with people singing along to their tunes and dancing in the aisles in the Tullaghmore hotel.

The Chairperson of the Offaly Branch of the Irish Kidney Association (IKA), Jerome Burke, said that he heard of the Letterkenny band because of their performance at the Rose of Tralee festival.

He said that he now understood why the Letterkenny band was invited back to the national festival on an annual basis. He described the performance as “outstanding” and added that Letterkenny should be very proud of their band.

The Tullaghmore concert was professionally recorded and a DVD of the full concert will be available shortly costing €15 with proceeds going to the IKA.

Many who were in the audience have congratulated the Letterkenny Senior Accordion band since their return and have requested CDs of their wonderful music.