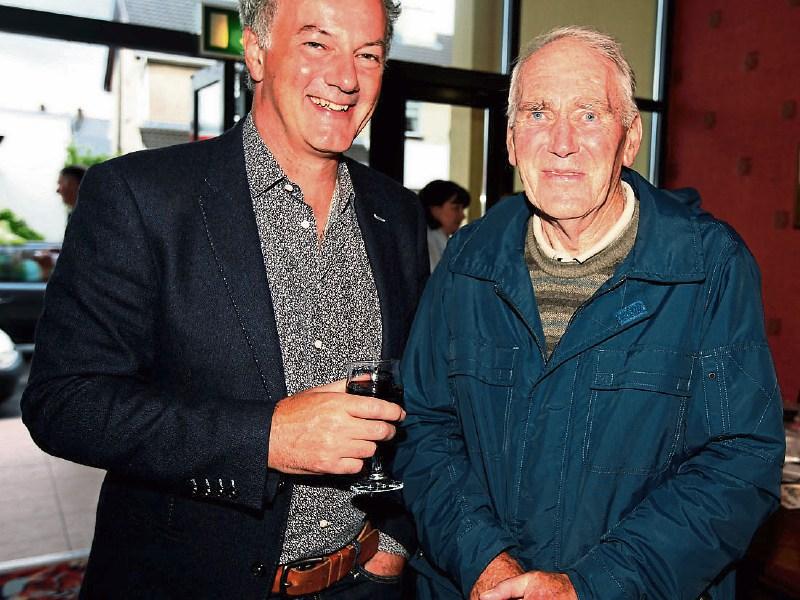 The 39th Ballyshannon Folk and Traditional Music Festival is an “enduring, wonderful asset to the town of Ballyshannon and its environs,” Donegal Person of the Year, Deirdre McGlone said when she officially launched the event last week.

Speaking in the Abbey Arts Centre last Thursday night Ms McGlone, recently returned from promotional work in the USA for Harvey’s Point Hotel and the Donegal Association, said the festival was “known worldwide and had a fantastic reputation for wonderful music and song” but, she added, was also a much loved event because of the “wonderful welcome” offered to all.

Ms McGlone, who received her secondary education in Ballyshannon, said she was delighted to be “back home” and was honoured to be asked to launch the festival.

The festival runs in the Abbey Arts Centre, from July 28th to July 31st. The launch night on July 28th will also see local group Erdini launch their much awaited EP and based only on the evidence of their live set last Thursday night where they performed, the Thursday ‘opening night’ will be a must attend event also.

On that night, Barry Britton who has yet again produced a masterpiece for the festival poster will, as usual, launch an exhibition of his work.

Other speakers last Thursday night at the launch included the new mayor of the Donegal County Council Municipal District, Cllr Niamh Kennedy, making her maiden speech in that role, who noted how the Ballyshannon Folk & Traditional Music Festival, the longest running Folk & Traditional Music Festival in Ireland has, since 1978, hosted all of the great names from the Irish folk and trad scene since the heady days of the late 1970's and continues today to offer itself as a vital platform for emerging folk and traditional music talent.

“Through the years the festival has worked as a ticker tape of huge names in the Irish music scene, a veritable who's who with Planxty, Altan, Matt Molloy, Paul Brady, 4 Men and a Dog, Maura O'Connell, Sean and Dolores Keane, The Black sisters, Mary and Frances (who returns this year with Ciaran Goss on the Sunday night), Finbar Furey, 'The Eleanors' - Shanley and McEvoy (eleanor also returns on Friday night as part of the homage to Leitrim music and musicians) - all stepping up to microphone in the famous Market Yard Marquee, or in more recent years in the Abbey Centre 'at the top of the town',” she said.

MC for the launch evening John Meehan, linked up via Skype with Ciaran Goss who, along with Frances Black, makes a welcome return to the festival. Goss spoke of happy days playing in Ballyshannon and wittily name checked Sean Ogs as a venue and its then owner Sean Og Kane for special mention.

Chairman of the festival Eunan Doyle thanked all those who attended and in particular Erdini and the Bel Canto choir group who enthralled the audience with brilliant performances.

The headline act for this year’s festival is Ralph McTell.

For more information on the festival see www.ballyshannonfolkfestival.com