The Warehouse Bar and Kitchen opens its doors

New venue hopes to give customers a newentertainment experience 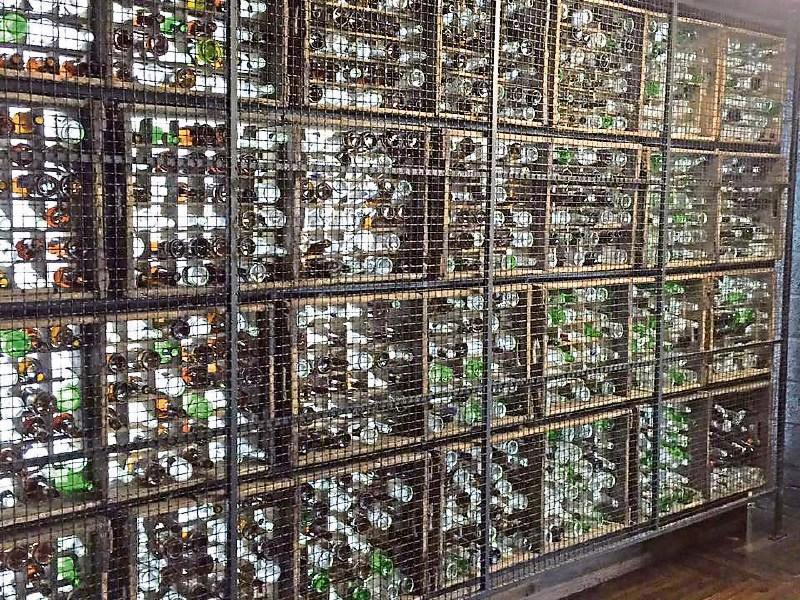 The well known McGettigan Group have opened a new venue in the heart of Letterkenny and they hope to introduce customers to new experiences.

After months of extensive renovations at Gallagher's Hotel, the Warehouse Bar and Kitchen is open to customers.

It is envisaged that the new venue will afford customers, from the area and from further afield, a new fine dining and entertainment concept.

Fifty people have been hired to work at the central venue.

There may be further opportunities of employment over the coming months and following the summer.

The McGettigan Group is a family-run business of hotels, bars and restaurants.

It was originally established by the well respected Kilmacrennan native, Jim McGettigan.

The group is led by by Jim's son and Chief Executive Officer (CEO), Dennis McGettigan.

The new venue is situated in the centre of Letterkenny, at the site formerly known as the 'Milan nightclub,' the venue is spread across two floors, and 9,000 feet.

“The timing of the launch couldn't be better. There is so much happening in Letterkenny and Donegal over the summer.

“We have amazing bands and live music lined up, catering to all tastes from rock, to pop and old school classics,” said Dennis McGettigan.

Jerry Fish of Emotional Fish and the Mudbug Club will play at the venue on Saturday, July 16th.

The venue's interior design takes its inspiration from industrial factories and warehouses from bygone years.

Pipes and ceilings are left exposed to create a real industrial feel and shelves are filled with vintage beer bottles.

The design of the venue has been brought to life by top architects, interior designers and project managers Frank Ennis Associates, who have designed venues at home and abroad, and includes Mr. Ennis and Suzanne Roche.

An open rooftop garden area features a retractable roof to suit all weathers allowing people a view of the bustling town from above.

Dennis McGettigan said that the venue would be a “one-stop venue, where customers can come for fantastic food, drinks and a night out.”

The bar will feature an open-air kitchen. There will be a tapas-style menu, designed by the group's executive chef Derek Flynn.

“I wanted to create food that lends itself to a good time, dishes that can be shared among friends. There's no reason why the food can't be as good and complex as a high-end restaurant, even though it is served in more casual surroundings and at an affordable price,” he said.

The new venue boasts an extensive cocktail menu which has been designed by bar manager, Mark Kelly, who has an extensive background in mixology.

Hailing from Dublin, Kelly brings over 14 years experience with him having worked in some of Ireland's finest nightlife venues.

The menu has been designed with a focus on classic cocktails that are loved internationally, reflecting tastes at home and abroad.

Drinks such as daiquiris and mojitos will be on offer as well as signature creations.

“Our team has created an impressive selection of innovative drinks, that use premium spirits and fresh ingredients.

“We offer a range of classic choices but also focus on more unusual concoctions,” he said.

Over the coming months, customers can expect to be entertained by top artists from all around Ireland, DJs and up-and-coming bands at the central venue.

The McGettigan's Group are proprietors of the Clanree Hotel in Letterkenny which is home to McGettigan's bar as well as hotels and bars in Dublin, Galway, Limerick and further afield in Dubai, Abu Dhabi, New York and Singapore.