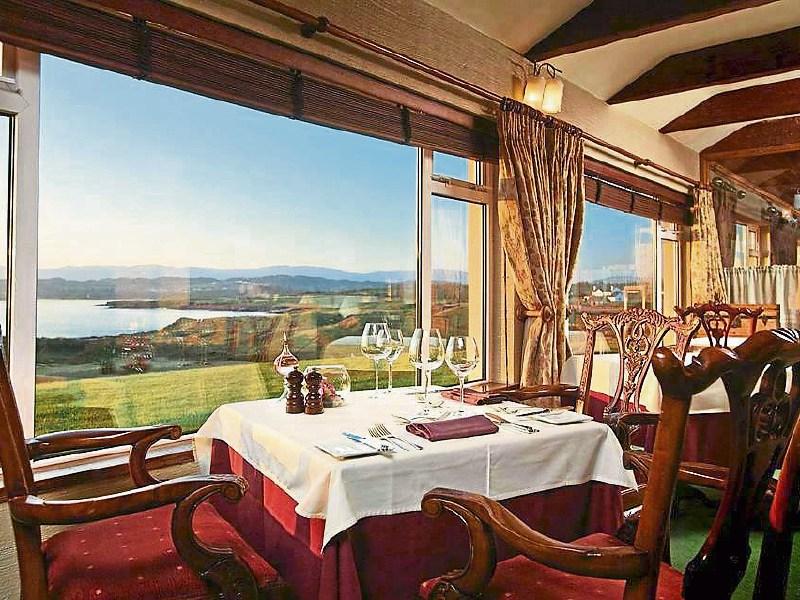 Antoine Minelli is an experienced chef who was born in beautiful Brive in France where he realised his love for food!

While Antoine is new to the position in Castle Murray, he is not new to Castle Murray kitchen. Antoine worked in the hotel the first time he ever came to Ireland and on and off for many years since.

Working in Michelin Star restaurants, completing three degrees and even lecturing, Antoine gained valuable education and experience, all of which attributed to his success and his passion for his career.

After his first apprenticeship with Castle Murray in 2004 – Antoine was in love, in love with Donegal that is! Antoine even used to have a Donegal accent which he lost the more he travelled.

His love for the scenery, the people and the food kept him coming back to Donegal. He worked in various places around Ireland including the prestigious Ashford Castle. However he was always called back to Donegal. In particular, he loved Castle Murray. The views, the team and the close proximity of the restaurant to the fresh foods. The lobster and crab are fresh from the sea and Antoine loves to forage for his own wild herbs, sea weed, mushrooms and more. Antoine feels where you source the ingredients plays a vital role in the perfection of any dish. “It’s what makes Castle Murray’s food so good!” commented Antoine.

The new menu in Castle Murray has all the old favourites with some great additions which add even more class to this fine dining experience.

Although Antoine has no favourite dish, one of his top ten is the original Castle Murray dish ‘Prawns & Monkfish in Garlic Butter’ which is a firm favourite with customers as well.

Antoine has had a seamless transition to his position as head chef in Castle Murray. He describes it as a "home away from home". The French food and service makes him feel at home while the Irish hospitality and scenery reminds him he’s in the land he loves Donegal.