Donegal Yarns in Kilcar: From threat of closure to international success 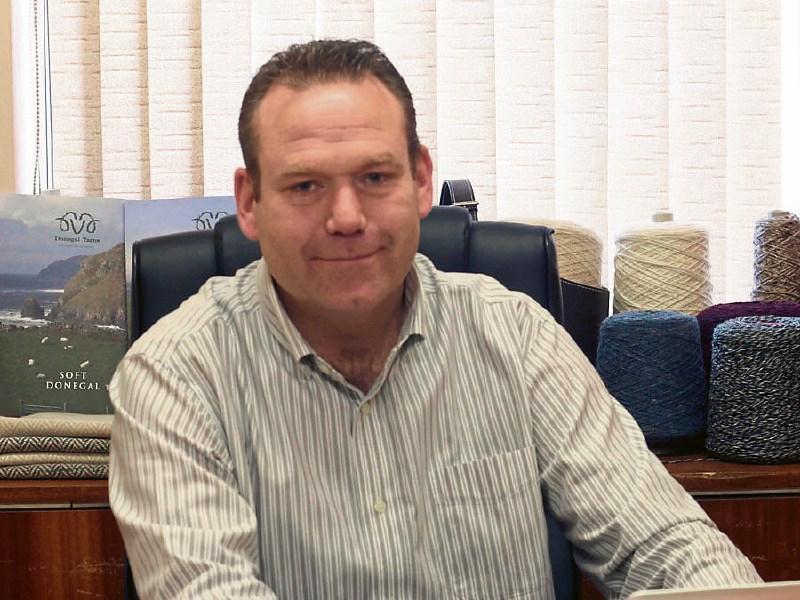 Donegal Yarns in Kilcar celebrated ten years in business this week, an amazing success story from a rural parish in the south west of the county. A local industry that faced closure has been transformed into a thriving business with an growing global customer base.

From the early 2000s,, sales at Kilcarra Yarns had been declining, many operations in the industry had moved offshore, the market was not favourable.and the outlook for the company was bleak.

Locals, many of whom had worked there for decades, and existing customers campaigned successfully Údarás na Gaeltachta to put the company up for sale.

Tom Hayden, a yarn agent who had been selling to many Irish companies for years, formed a consortium with Sean Crannigan, Martin Buckley and Paul Cullen - who were involved in the textile industry - and formed the shareholding for the company in 2006.

They were convinced that the factory and the product had played a major part in Ireland's textile industry and this was worth keeping alive, especially as customers told them that provenance was becoming ever more important.

It was the start of something big, as Chris Weiniger (pictured), general manager, explains. "Each of the new company directors at the time brought a wealth of experience and knowledge of the industry to the company. They looked at developing the existing customer base the business, especially in international markets, and launchings. .

"Sean Crannigan's company, Knoll Yarns, took on international distribution and also opened the doors to the best of international designers. Tom Hayden was responsible for developing the Irish agency and customer base. Paul Cullen’s knowledge of the knitwear industry was important in developing new products. . And Martin Buckley looked after the financial management.

"Part of the marketing strategy was incorporating both old and new, by rebranding the company as Donegal Yarns but keeping the logo of Kilcarra Yarns.

Ten years ago, production had dropped to around 70,000 kilos of fleck yarn for the weaving, knitting and craft industry. Now, around 170,000 kilos of authentic spun Donegal yarn in produced each year.

"We've built up the business by listening to and collaborating with our customers and giving them what they want," Chris says.

The company has invested significantly in upgrading and retrofitting the plant and is equally committed to continuous research and development.

"We're also keenly aware that it's our staff who possess the traditional skills, many of which have been handed down through generations here at this company, that make our products so special.

"We're very grateful to have also enjoyed support from Údarás na Gaeltachta over the years, with R&D funding as well as training and employment grants.

"As we look to the future, we're proud to say that there's now a young generation here that came in at operational level and are now being promoted to supervisory level.

"In addition, our products are continually evolving to suit ever changing markets. For example, we launched a new collection this year in Italy with merino cashmere silk for finer knits and finer woven fabrics."

The company will celebrate its 10th anniversary with a BBQ and disco for past and present employees on July 9 at Kilcar House.