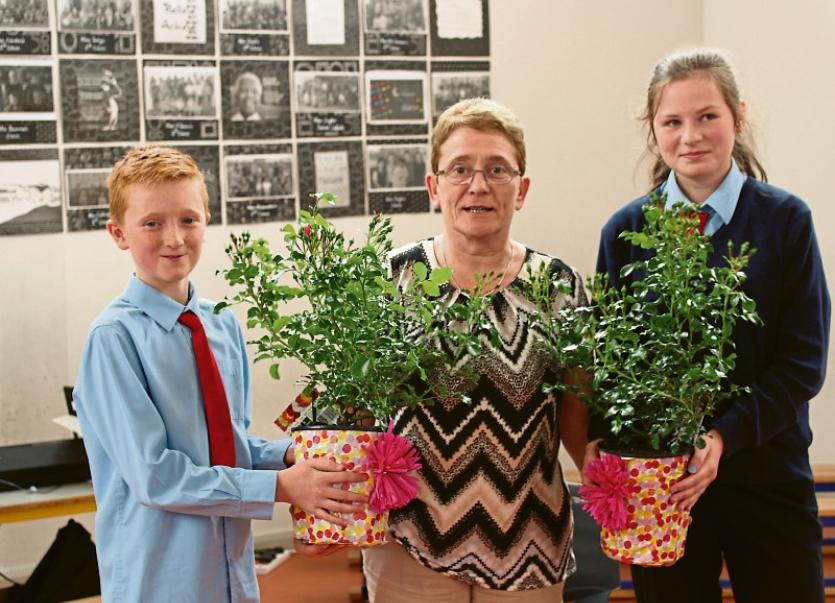 The staff and children at St. Patrick's National School, Lurgybrack in Letterkenny presented a special concert on Wednesday week to mark the retirement of school principal Ann Foxe.

It was a day of mixed emotions for Ann who has been part of the staff at the school since 1982.

Thirty-five years later, she has left her mark on the education system and the lives of so many people who have passed through the classrooms of Lurgybrack NS.

Originally from Co. Longford, Ann has been school principal since 2004.

Our phot shows: Dylan Patton and Claire Dabell make a special presentation to Ann Foxe on her retirement as school principal.