"Séamus MacGéidigh from Gortahork was also a 'duine ildana' a man for all seasons." 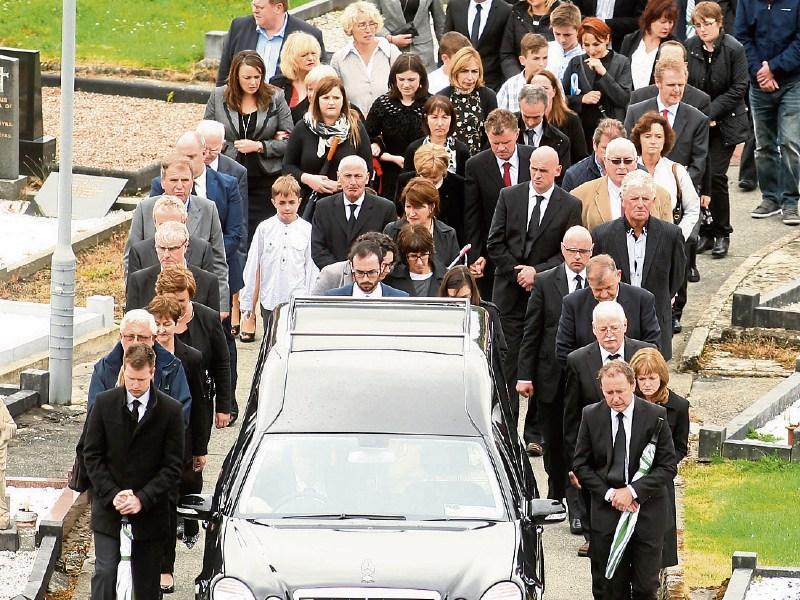 “He had a great love for his people and his community. He was a lion, a hero and a Gaelic giant” - Fr Seán Ó Gallachóir.

Those are just some of the wonderful words spoken by Fr Séan on Friday in Gortahork at the funeral of a man he clearly knew well and admired hugely - the late Séamus Mac Géidigh.

In Monday’s Donegal Democrat and Donegal People’s Press we pay our respects to Séamus in our own way, by reporting, we hope in a manner Séamus would find fitting, from his funeral Mass which was broadcast live to the world on Raidío na Gaeltachta.

It was a remarkable day, soft rain fell at times to intermingle with many a tear. His family showed heroic dignity, his daughters read beautifully, their own tribute to their father’s love for clarity and diction at all times, no matter what the pressure or occasion.

Hundreds gathered inside and outside Christ the King Church; they were as one, united by grief that they had lost such a wonderful human being.

Gerry McLaughlin, who knew Séamus when they were both studying at third level, writes from the heart in a personal tribute, these few lines here are a part of that tribute: “And now he rests on a high hill above the native heath he loved so well.

“In the language of kings, ‘duine uasal’ always means a ‘noble person’.

But our sadly departed ‘cara mor” great friend Séamus MacGéidigh from Gortahork, was also a ‘duine ildana’, a man for all seasons.”

Our reports from the funeral will be published in both editions of our papers this Monday morning, July 11th.

* Our picture shows colleagues from Raidio na Gaeltachta and RTE flanking the remains of their colleague with family members walking behind as they make their way to the graveyard.