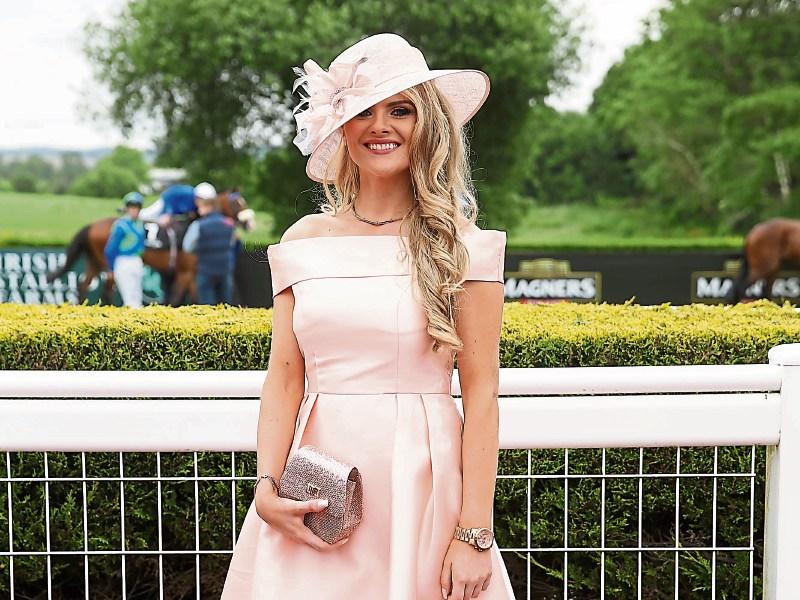 Zoe McGettigan (pictured) from Letterkenny was picked from thousands of racegoers as one of just eleven finalists in the Magners Forbidden Flavours Best Dressed Lady competition at this year’s Magners Derby Day at Down Royal.

Five days of five star luxury in Las Vegas was the prize that was on the cards for the winner of this year’s competition, so the competition was intense.

Down Royal teamed up with Magners Forbidden Flavours to offer the amazing prize as a special celebration of the 80th anniversary of biggest and richest flat race of the season in Northern Ireland.

On the race track, Stellar Mass, owned by June Judd, was ridden to victory in the €100,000 Magners Derby by Kevin Manning, having been trained by his father-in-law Jim Bolger.

Trackside, Zoe McGettigan from Letterkenny, added trackside glamour to the über-elegant Summer Festival of Racing at Down Royal and bagged herself a spot in the final of the Magners Forbidden Flavours Best Dressed Lady competition.

Zoe, the current Donegal Rose, was spotted by judges who praised her eye for detail and elegance as she created a trackside flurry of excitement in her supremely flattering, summery and soft blush rose off-the-shoulder dress. Her dress is from Pure Boutique in Letterkenny, her hat from Debenhams, bag from Monsoon and shoes from River Island.

Ultimately, however, it was Kirsty Farrell from Newry who won the title and the Las Vegas prize.