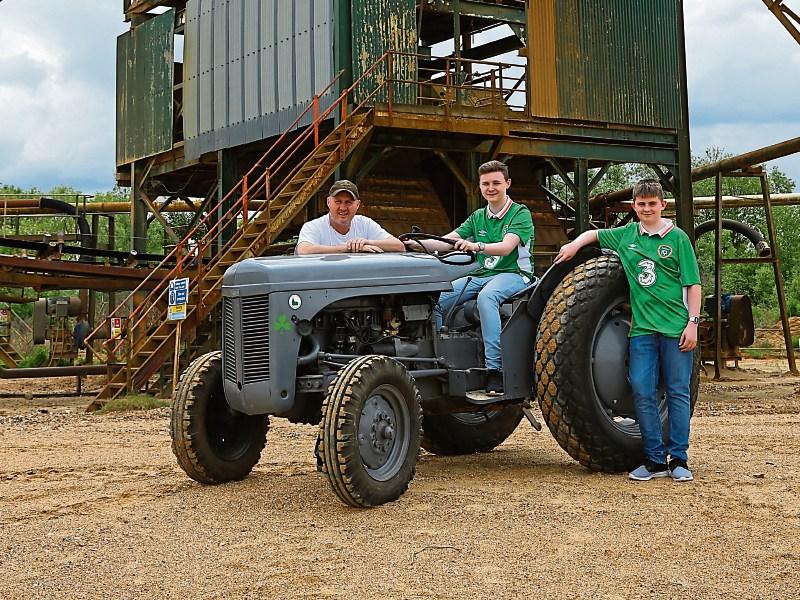 One of the largest annual gatherings of the Donegal and Irish Disapora in England will take place this weekend when the London Irish Vintage Club host their charity day in Greenford.

The club was founded in 2011 and their annual rally and family fun day has grown into one of the largest Irish community events in England after St Patrick’s Day.

A number of classic old vehicles have been donated to the club to be raffled and auctioned off for worthy causes including a special auction of a Grey Ferguson TVO donated by the Cuinnea family from Glencolmcille in aid of the family of the victims of the Buncrana Pier Tragedy.

John Cuinnea, says he gave the tractor to his two sons Charlie, 16, and 13-year-old Paddy, who said they should action it for those affected by the Buncrana tragedy back in March.

“In the end we made the decision between the three of us. It is going to auction and whatever it raises they can have it. Whatever it makes, it makes, and what you don’t have, you won’t miss,” he stated.

Top prize in their charity raffle is a Ford Cortina Crusader Mk IV in immaculate condition with 27,000 original miles on the clock, donated by Tony McGovern and family from Leitrim.

Also a fully restored 1948 Fordson E27N TVO tractor donated by Martin McCarron and family will also go under the hammer.

The club was initially formed to enable all vintage enthusiasts, whether their interest lies in cars, lorries or tractors, the ability to get together and take part in the a special vintage road run from Westminster to Greenford culminating in a display their vehicles – all this whilst having a bit of craic and ultimately raising money for a worthy cause.

Since then the rally continues and the event has grown to a full day of entertainment that has managed to raise over €400,000 for a range of charities to date.

The event takes place at Tir Chonaill Gaels GAA Grounds, Berekely Avenue, Greenford from 12 noon to 6pm The vintage rally starts at the site of the Old Galtymore in Cricklewood at 9am before making the journey to Greenford.

The club was founded by Carrigart man Brendan 'Tiny' Vaughan and each year they pick a number of worthy causes to raise funds for.

In past years the event has enjoyed the support of many well-known figures including Daniel and Majella O'Donnell and comedian Patrick Kielty who have attended the show.