March for Mary Boyle this Saturday 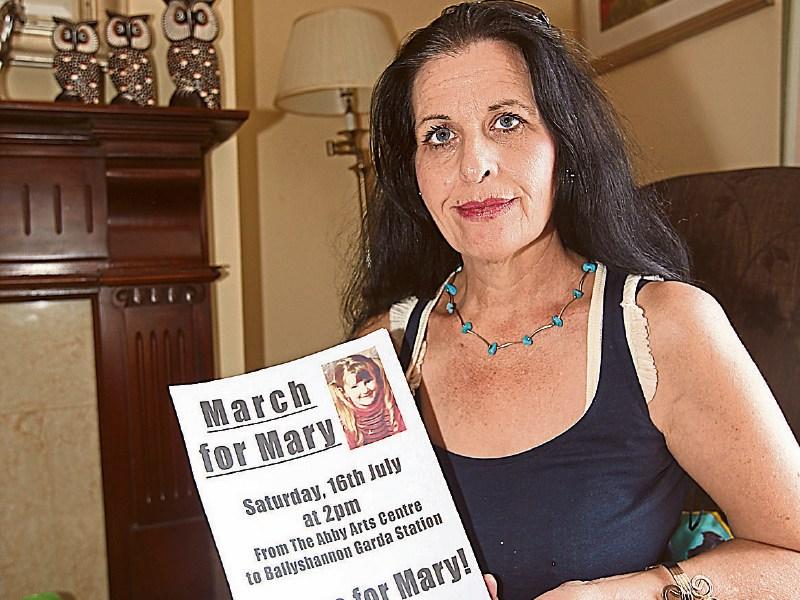 An organiser of Saturday’s March for Mary Boyle said they “want as many feet on the streets of Ballyshannon as we can get”.

The March for Mary Boyle starts at the Abbey Arts Centre in Ballyshannon at 2pm, Saturday, July 16th. The march will continue to the Ballyshannon Garda station, where there will be a peaceful vigil, organiser Naomi Brady (pictured), who lives in Ballyshannon, said.

She said the march will be non-political.

Naomi said the purpose of Saturday’s march is to “highlight the case of Mary Boyle, with the hope that someone else out there that knows anything at all will come forward and basically put some sort of closure on this longest-running case”.

Naomi said there has been “a massive response” since she created a Facebook event page, March for Mary Boyle. “My phone hasn’t stopped since I put it up,” she said.

As a twin herself and the mother of twin daughters, Naomi also said she felt something needs to be done to bring closure for Mary Boyle’s twin sister Ann Doherty, and for the Boyle family.

“The bond between twins – it’s something that no one can explain unless they’re actually a twin themselves,” Naomi said.

She said another concern is the belief that whoever is responsible for Mary’s disappearance is still at large, “and that’s the other question for people”.

Naomi said people who contacted her about the march said it was time for answers. “There’s been a cloud over Ballyshannon now for 40 years and it needs to clear,” she said.

“The whole point of it is that hopefully someone out there that has carried this burden on their shoulder for the last 40 years and wants to say something – they’re not getting any younger. Just release the burden, and come forward with the truth,” she said. “The saying is, ‘The truth will set you free’.”

Naomi said she was speaking with a local man who was a boy when Mary went missing.

“As he said himself, it never goes away,” she said. “There’s always that thought, ‘Whatever happened to Mary?’”

Naomi has invited anyone who will be taking part in the march on Saturday to wear purple and white ribbons, the colours that Mary Boyle wore in her hair.

She urged everyone in Donegal to take part, “to show the family that we are not forgetting Mary”.