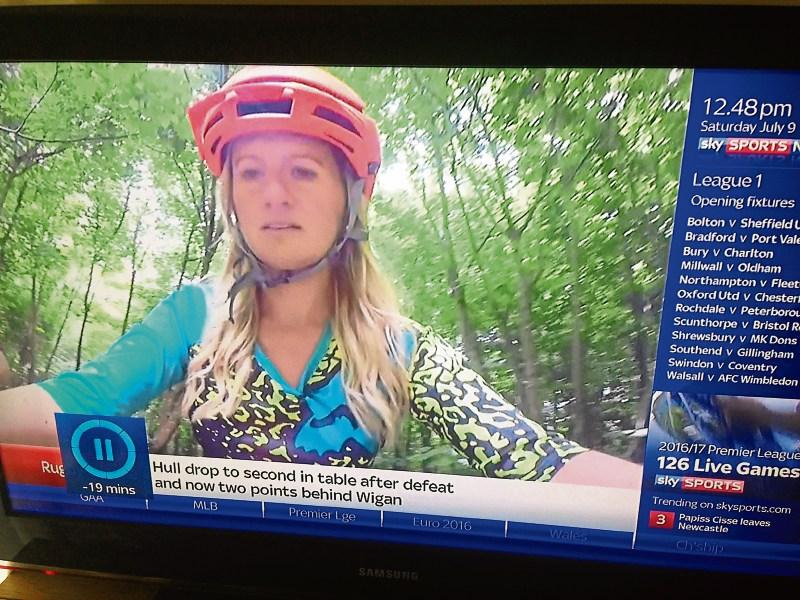 Sky News reporter and producer Angela Barnes has told the Donegal Democrat she's looking forward to returning to her family and friends in Kilcar after climbing to the summit of Mont Blanc next week.

Angela's parents, Sue and Steve, and brother Sean, live in Kilcar, county Donegal, where her father was born.

She said she loves to get back to the hills and hike along the Slieve Leigh cliffs when she's not away filming with work.

"As well as plenty of family, I also have a great circle of childhood friends in Kilcar I like to see, it’s one place I can really switch off from it all," she said.

However, if you've ever seen any of Angela's pieces, they usually combine telling us about the latest tech whilst running an Arctic Circle marathon or most recently delivering a piece to camera in the crater of one of Iceland's most active and dangerous volcanoes.

"We are filming a report for Swipe to air in August at ground-level with Chamonix-based guide and Arct’teryx athlete Stian Hagen and the Compagnie des Guides so I thought I would extend my trip to take on the summit too.

"I get a lot of satisfaction from challenging myself and meeting goals or accomplishing things that perhaps scare me a little. And this time, we are also doing it for a great cause along the way," she said.

Angela also chose to raise money for Sophie's Appeal, a charity raising funds for those with life-threatening illnesses, after meeting the founder of the charity, Lin Barringer, a few years ago at a fundraising event and was touched by Sophie's story.

Sophie was a happy healthy five-year-old who had just celebrated her auntie's wedding as her bridesmaid.

Exactly one month later she was diagnosed with Wilm's Disease, a form of kidney cancer, following only a few days of feeling unwell.

Sophie's tumour spread from her kidney, up her main vein and into her liver and heart.

She immediately began an intensive regime of chemotherapy to try and shrink the tumour.

After several weeks of chemotherapy Sophie underwent a major operation during which her heart was stopped so that the surgeon could remove the tumour from her heart, liver and her left kidney.

The operation was a success but, combined with the radiotherapy and continued chemotherapy, Sophie was very poorly.

"This year, Sophie would have been 18 so we all want to do as much as we can to help raise as much money as possible for this wonderful charity set up in her name," Angela said.

Angela is taking on the challenge with her Sky News colleague Rosalind Moore.

They will have to pass the dangerous Grand Couloir section of the mountain and walk along a snowy knife-edge for hours with a sheer 17,000 foot drop each side.

However, Angela said they are determined to get to the top, as long as weather and other factors allow it.

*If you would like to support Angela and Rosalind's challenge, you can visit their fundraising page on JustGiving: