Mixed fortunes for Donegal in Clones 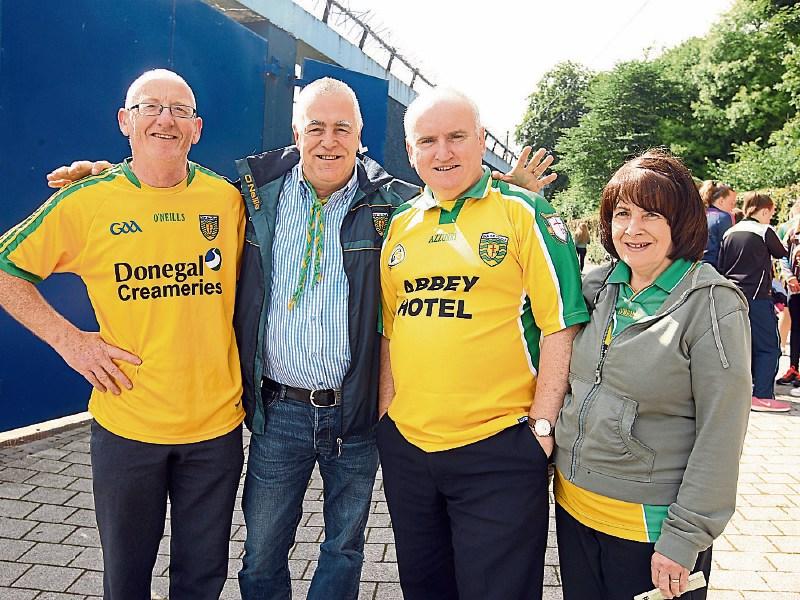 It was a case of mixed fortunes for Donegal in Clones this afternoon.

In the minor final, Sean Barrett's charges defeated Derry, but there was to be no double delight for the Tir Conaill County as neighbours and arch rivals, Tyrone, fashioned a two point victory deep in injury time.

Donegal supporters travelled in huge numbers to the Monaghan venue.

After a nervy start, Donegal led 0-7 to0-4 at the break and they went four ahead just after the restart.

But Tyrone, under the guidance of the experienced Mickey Harte, gradually found their way and with 52 minutes played, were level at 0-8 each. Three times thereafter, Donegal got their noses back in front, and three times Tyrone hit back to restore parity. A wonder point from Peter Harte that was followed up by a Kieran McGeary point sealed it for Tyrone late on.

Having lost by a point to Monaghan in last year's provincial decider, Donegal have now lost two on the bounce.

Next up in the qualifiers is either Cork or Mayo the weekend after next.