MacGill pays homage to Brian Friel and recalls his legacy 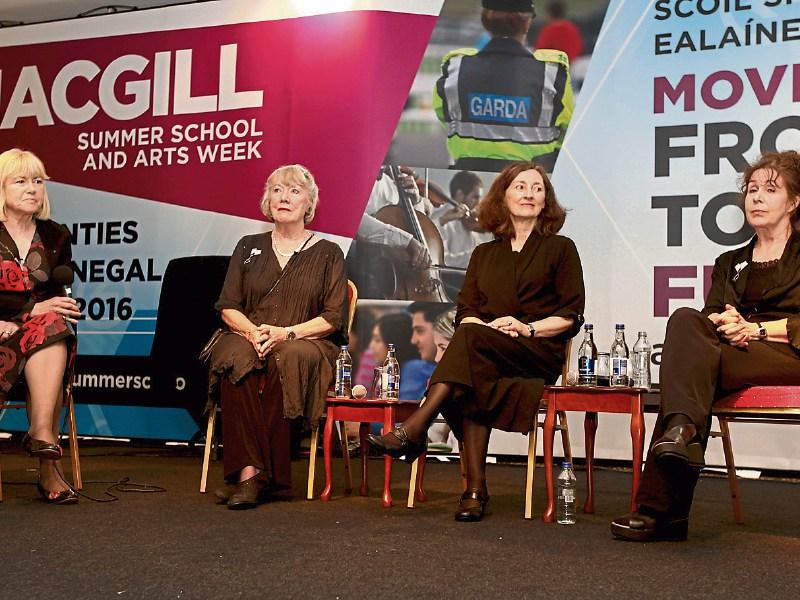 The MacGill Summer School in Glenties has used its opening weekend to pay homage to the late Brian Friel.

The playwright, who died in October last, was closely associated with the school and of course the town of Glenties, where his mother was from.

Friel’s fictional town of Ballybeg was based on Glenties and was the setting for his most acclaimed work, the Tony award winning Dancing at Lughnasa.

The week-long summer school has been extended by a day to pay tribute to Friel. Events got underway on Saturday when actor Stephen Rea, who was one Friel’s collaborators on the Derry-based theatre company Field Day, was among those who paid tribute to Friel.

Rea addressed the school about the work of Brian Friel and read Friel’s short story Among the Ruins.

Mr Rea told the audience that he had got to know Friel through Field Day and this had given him the chance to observe a great writer at work.

He said that Friel’s early works had been personal, but the events of Bloody Sunday in Derry, where Friel had lived, made him a more political writer, which was demonstrated with his 1973 play, Freedom of the City.

Director of the summer school, Joe Mulholland, said Friel's short stories are often overlooked and are overshadowed by his drama works, but they had led to him becoming the great dramatist that he was.

Stephen Rea was followed by Anthony Roche, Prof Emeritus, English and Drama at UCD, and author and poet Peter Fallon who spoke on the memories of Brian Friel.

The success of the 1991 play Dancing At Lughnasa was recalled by three members of the original cast: Rosaleen Linehan, Bríd Ní Neachtain, Brid Brennan.

There were readings of scenes from the play by Rosaleen Linehan, Bríd Ní Neachtain and Brid Brennan.

Pictured: MEMORIES OF DANCING AT LUGHNASA... Shelia Pratschke chairperson of the Arts Council (left) speaking with some of the cast members of Dancing At Lughnasa, Rosaleen Linehan, Brid Brennan and Brid Neachtain, who performed the Brian Friel play in New York and Glenties in 1991, pictured at the MacGill Summer School on Saturday. PhotoThomas Gallagher INDD 180716l MacGill TG3

There was also a staging of making History, Friel’s work about Hugh O’Neill on Saturday night.

Sunday saw a visit by the summer school to The Laurels in Glenties, home of the McLoone sisters, the Mundy sisters of Dancing at Lughnasa.

The summer school was officially open on Sunday night and the annual John Hume lecture was given by Fianna Fáil Tomorrow morning the summer school will start its socio-economic and political agenda with a full day’s sessions on the aftermath of the 2016 general election concentrating, in particular, on the implications for the future conduct of politics in the republic. Speakers will include Taoiseach Enda Kenny.