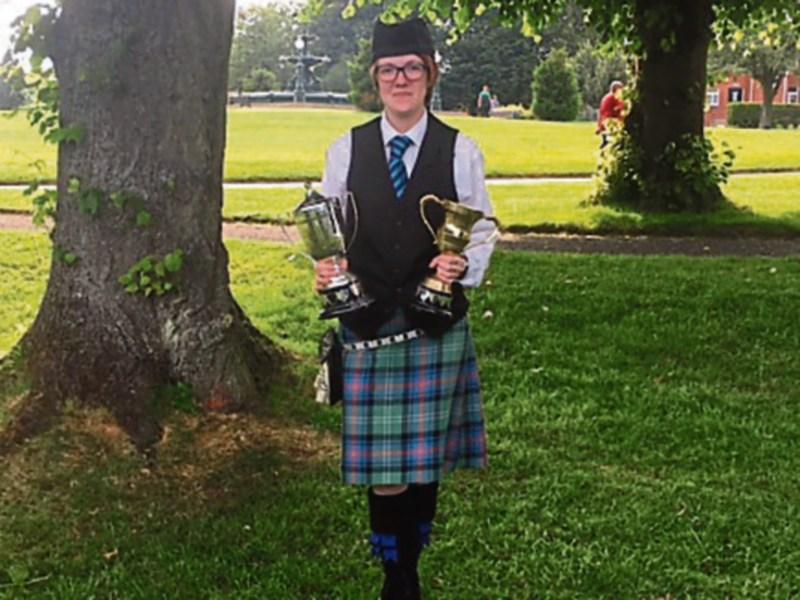 Aisleen McBrearty (pictured) of Kilcar was part of the Colmcille Pipe Band who won the All-Ireland Pipe Band championship in Malahide on Saturday, 2nd of July.

The Kilcar native, who is a snare drummer in the group, was delighted with the win: “It was brilliant, we were very happy to win. It was great and I was delighted. I had played in a few other bands over the last few years but was asked up to Colmcille at the start of this season,” she said.

The Derry-based band, along with Ms McBrearty, now switch their attention to two more major competitions over the next couple of months. First, they travel to Dumbarton, Scotland on the 30th of July for the Scottish Championships, before they return to Scotland on the 13th of August for the World Championships in Glasgow.

Ms McBrearty will be hoping to beat her drum all the way to Scottish and international glory as her first season with Colmcille draws to a close at the end of August.