Promoting rural tourism in Ireland to the German market 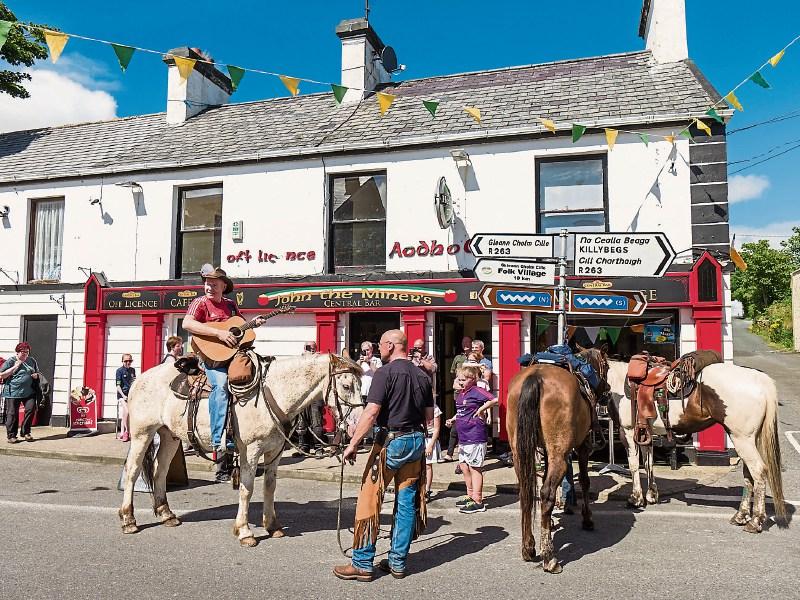 Parts of Donegal could be mistaken for the Wild West over the last week, what with some blistering sunshine and the sight of a group of people exploring the county on horseback.

The team of six Germans, led by Florian Wagner, a 49-year-old adventure photographer from Bavaria, are spending the summer trekking areas along the Wild Atlantic Way from Mizen to Malin.

They arrived in Donegal last Monday and spent four nights based at Derrylahan Hostel in Kilcar before heading off for Dunfanaghy on Thursday.

“There have been so many highlights - riding up at Slieve League at sunset, passing John The Miner's in Carrick and being invited in for a few pints, then meeting all the locals,” Florian told the DD/DPP. “We had such a wonderful time, with children petting the horses and everyone taking pictures and chatting with us.

“ Another highlight is that Shaun McCloskey, who owns the hostel, is the most helpful person we have met, and that's saying a lot, given how friendly and helpful everyone is in Ireland. He arranged for so many people to meet us, it's been exceptional.”

The journey is not just a holiday - Florian and his colleagues have been commissioned to produce a high quality, coffee table book and a documentary aimed at enticing German tourists to visit Ireland, whether for an equestrian holiday or simply to enjoy our stunning scenery.

Florian and his team have vast experience. A photographer with 25 years experience, he's worked with the likes of National Geographic, Stern, and Süddeutsche Zeitung.

Now, hope are high, especially with so much interest in the Wild Atlantic Way, that this trip will pay a similar dividend for tourism here.