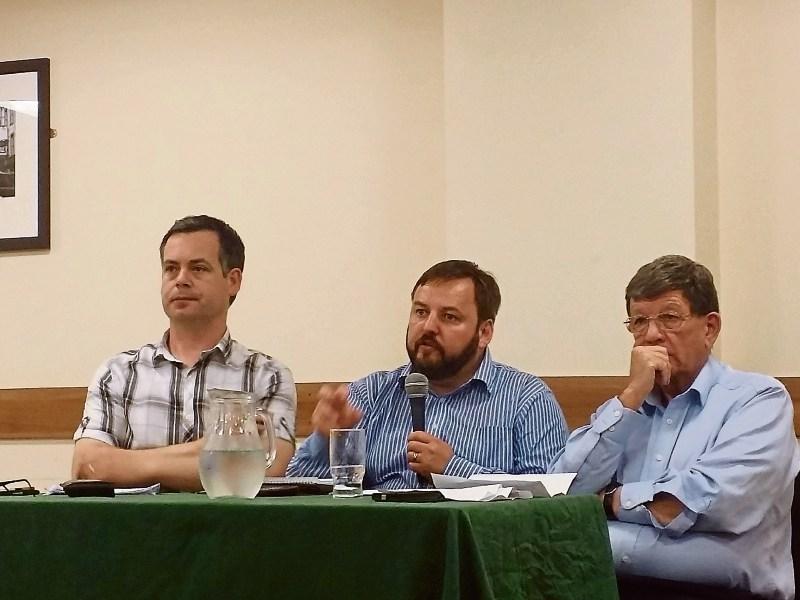 Members of the public discussed their fears and concerns in the wake of the Brexit vote at a meeting which was held by Sinn Féin in the Station House Hotel in Letterkenny last night.

The meeting, which was chaired by Senator Pádraig MacLochlainn and included speeches from Sinn Féin Pearse Doherty and West Tyrone MP, Pat Doherty, was well attended.

Speaking at the meeting, Deputy Doherty said the outcome of the recent referendum would have serious consequences for the island.

“As was evident from the many contributions which were made by those in attendance, at the meeting, the implications of the Brexit vote have the potential to seriously affect every aspect of this island’s economic, social and political future, particularly with respect to the north,” he said.

Issues such as cross-border trade, employment, farming, fishing, health services and education were all discussed by those present.

“Of major concern is the detrimental impact which the Brexit vote would have on the economies of both the north and the south where currently 200,000 jobs depend on the trade which is carried out between the northern and southern economies which generate some €1.2 billion euro worth of trade each and every week,” Deputy Doherty said.